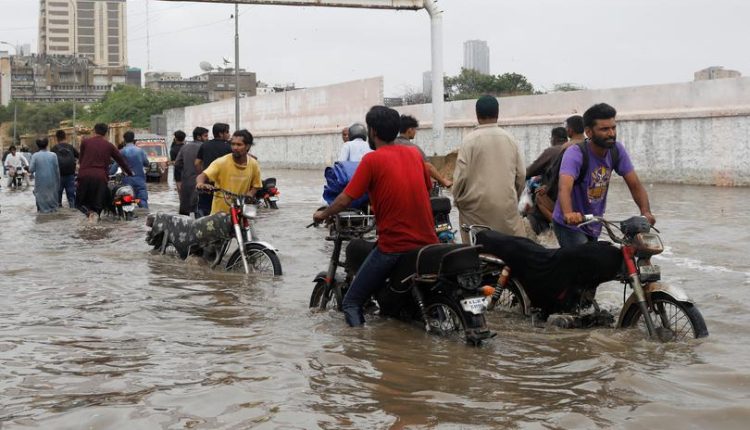 Pakistan is appealing for further international assistance after floods wreaked havoc across the country.

Pakistan’s interior ministry official Salman Sufi said much more funds are needed even after the US, UK, United Arab Emirates, and others contributed to a monsoon disaster appeal.

Mr Sufi said the country is in desperate need of more international support.

“Pakistan has been grappling with economic issues but now just when we were about to overcome them the monsoon disaster hit,” he said.

Sufi said more than 1,000 people have died and millions have been displaced since June.

Funding from a lot of development projects had been rerouted to the affected people, Sufi added.

Pakistan’s Prime Minister Shehbaz Sharif said 33 million people had been hit by the floods; about 15% of the country’s population.

He said the losses caused by floods this season were comparable to those during the floods of 2010-11, said to be the worst on record.

He said Pakistan’s government was doing everything in its power to help people.

In the northwest of the country, thousands of people fled their homes after rivers in Khyber Pakhtunkhwa province burst their banks, causing powerful flash floods.

“The house which we built with years of hard work started sinking in front of our eyes.

“We sat on the side of the road and watched our dream house sinking.” Junaid Khan, 23, told AFP news agency.

The province of Sindh in the southeast of the country has also been badly affected, with thousands displaced from their homes.

Officials in the country blame climate change for the devastation.

But poor local government planning has also been cited as a factor that has exacerbated flooding situations in the past, with buildings often erected in areas prone to seasonal flooding.