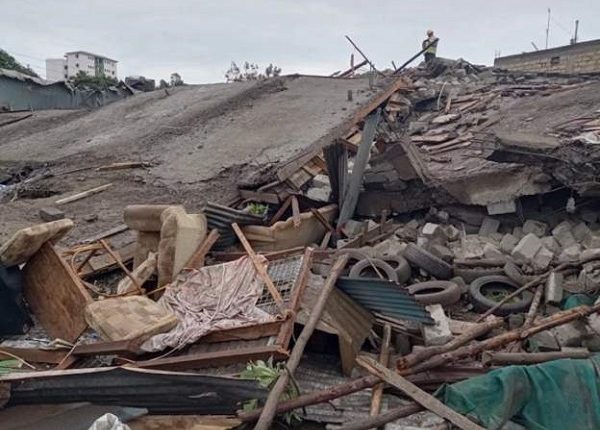 The police authorities in Kenya have said the owner of a five-storey building under construction that collapsed last week on the outskirts of Kenya’s capital, Nairobi, will face murder charges, police.

The building collapsed on a neighbouring home and killed a couple.

Police say the owner of the building was arrested on Monday at the city’s main airport while attempting to flee the country.

She will answer to the offences of criminal negligence and murder, police said.

Report says the owner of another building that collapsed on Monday morning after tenants had been evacuated will be charged for constructing a building without requisite approvals.