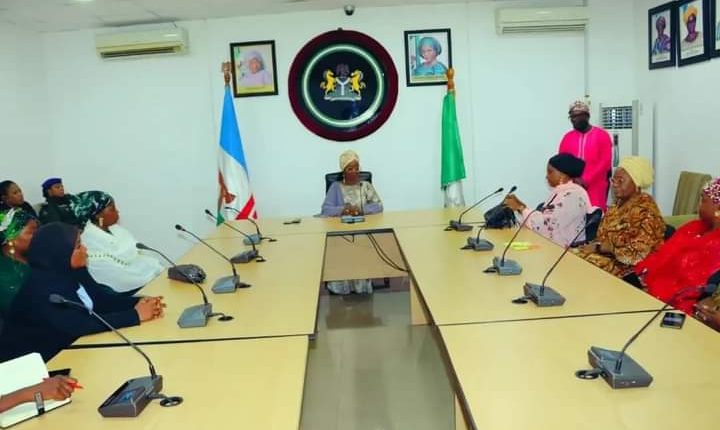 The Wife of the Kwara State Governor, Ambassador Dr. Olufolake Abdulrazaq has hosted the coalition of Kwara State female aspirants in her office.

The coalition which was led by the Former Commissioner for Education, Hajia Saadatu Modibo Kawu consisted of all female aspirants vying for different political positions under the platform of the All Progressive Congress (APC) across the State.

The Former Commissioner for Education, Hajia Modibbo Kawu who is also an aspirant who spoke on behalf of the group, disclosed that the visit was a familiarisation visit and to seek the governor’s wife’s assistance in their quest for elective office in the State.

Hajia Moddibo Kawu further appreciated the Governor, Mallam Abdulrahman Abdulrazaq for being a He-For-She champion and the First Lady of the State for the opportunity given to the women in the state to participate actively in the decision-making process; hence giving them the courage to becoming political aspirants in this current political dispensation.

Ambassador Abdulrazaq during her remarks while wishing them the best of luck in their various ambitions also commended their courage in breaking the barrier for showing interest in contesting in their various constituencies in the forthcoming general elections.

“I am happy for the large turnout of the female aspirants in the State this time around unlike what we had in the 2019 elections. This feat wouldn’t have been possible without the Governor Abdulrahman Abdulrazaq’s support for the women folks in the State” 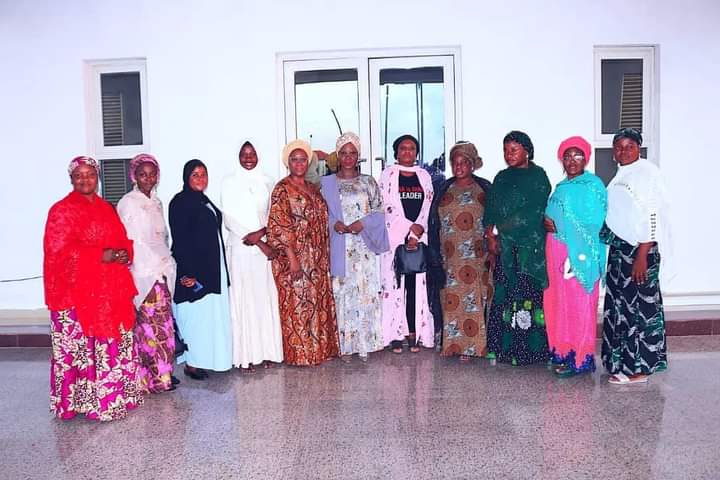 She further urged the aspirants to make their campaigns and consultations grassroots-based while also involving the women and youth in all their activities as it is key to achieving success in the electioneering process.

The Former Commissioner for Enterprise, Hajia Arinola Lawal who also doubles as an Aspirant into the State House of Assembly in her vote of thanks appreciated Ambassador AbdulRazaq for her words of advice, encouragement, and prayers in the pursuit of their political aspirations.