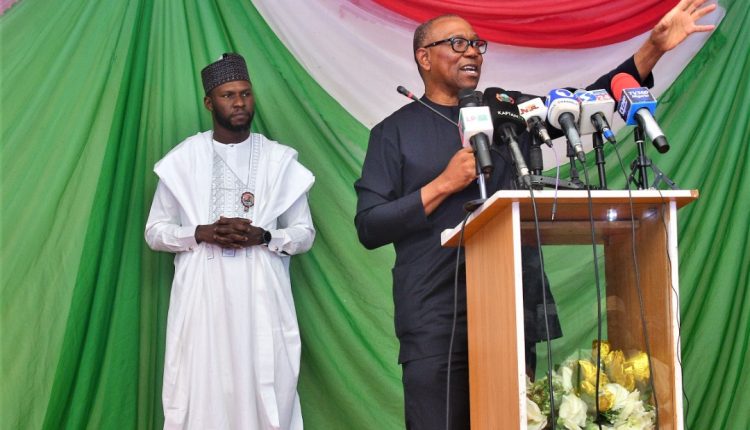 The Presidential flag bearer of the Nigerian Labour Party, LP, Mr Peter Obi says the north-east should shun election of ethnicity and religion, as the 2023 election is critical to the security and economic situation of the country.

The Labour Party Presidential candidate stated this at an interactive session with the North-East Stakeholders at the Merit house Maitama, in Abuja Nigeria’s capital city.

He said the 2023 election was coming at a time Nigeria is going through a very difficult time.

While quoting the Bureau of Statistics, Mr Obi said 133 million Nigerians are living in poverty, while 35 percent of the population is unemployed and 50 percent of the youths are also unemployed.

He said the North-east was devastated following the issue of insecurities and called on the stakeholders to ensure the vote based on credibility instead of religion and ethnicity. 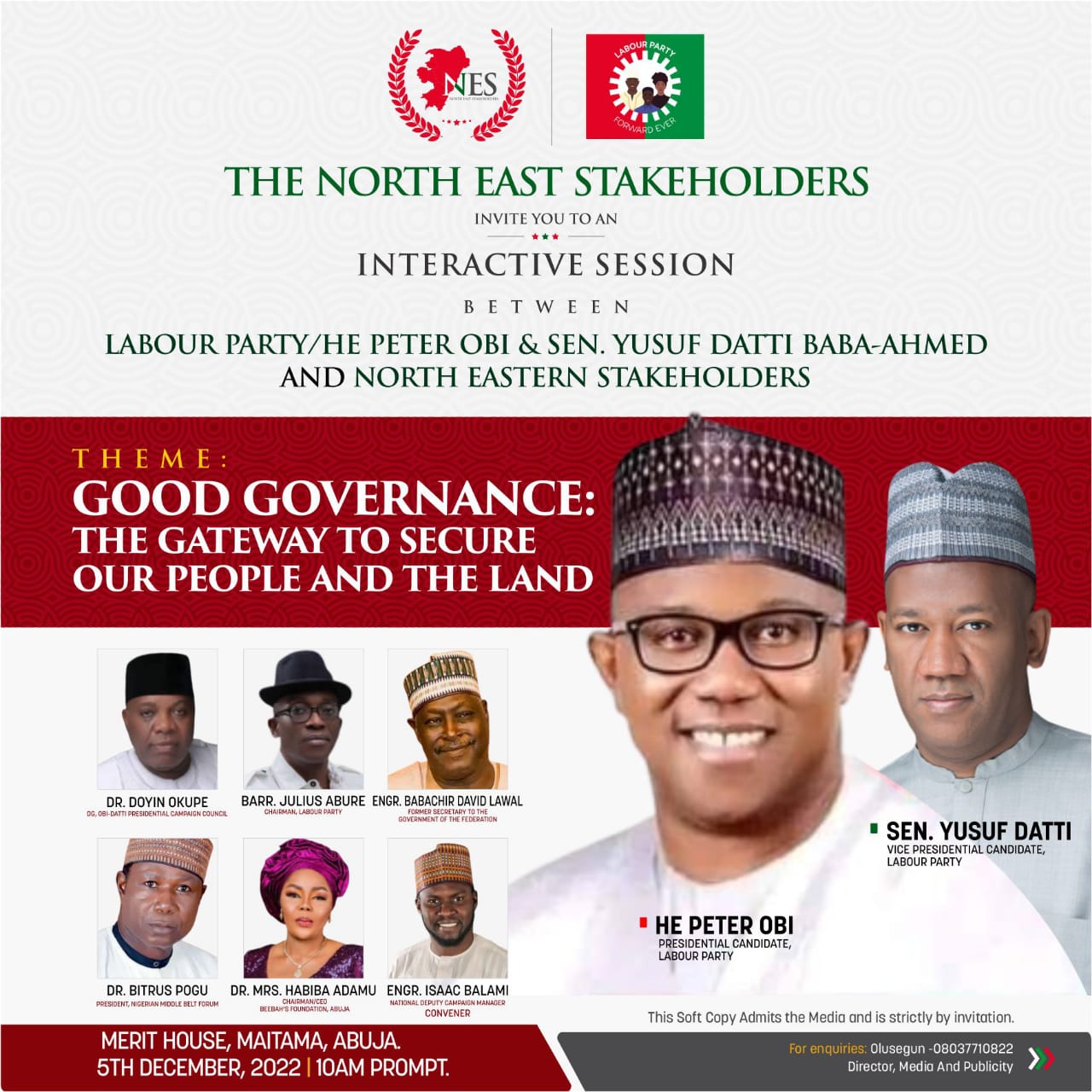 “I am pleading with you, 2023 election should not be about tribe, let nobody talk to you about ethnicity…… It is not about religion. Nobody is exempted from economic hardship because of religion.

Mr Obi said ” I promise the best experience and combination to tackle insecurity. Insecurity can be stopped, we want to make Nigeria and Nigerians proud of their country. We want to move Nigeria from consumption to production.”

The Labour Party Presidential candidate also said if voted his government would utilise the vast land in the North-east for agriculture to fight poverty.

He also assured the citizens he would be the president of all and ensure closeness to the grassroots and reduce criminality.

Mr Obi also stated that he would stop the payment of subsidy and subsidise health, and also save the cost of governance and stop oil theft.

He said good governance was for welfare and security of the nation and anything short of that was  a failed government.

The North-east Stakeholders interactive session was convened by Engineer Isaac Balami and in attandance were other stakeholders of the labour party.