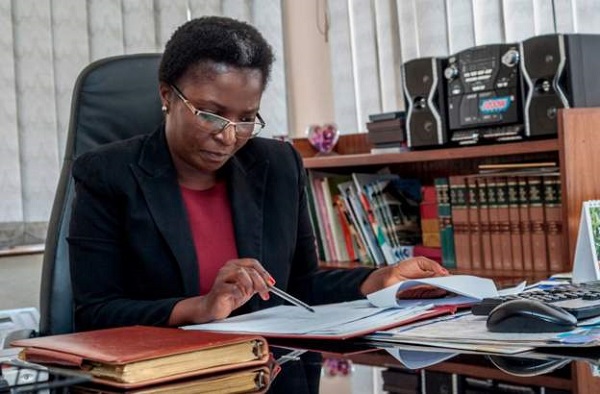 Malawi’s anti-corruption chief, Martha Chizuma has been released on police bail following her arrest in relation to a leaked audio of her complaining about lack of government support in the fight against corruption.

Ms. Chizuma was charged with “making use of speech capable of prejudicing a person against a party to judicial proceedings” after she claimed in the leaked audio that a top state official was “corrupt and compromised.”

Her lawyer said the Anti-Corruption Bureau, ACB boss was arrested on Tuesday by heavily armed police who raided her home.

Meanwhile, Justice Minister, Titus Mvalo told lawmakers in a parliament that the arrest was “the work of those trying to frustrate the fight against corruption.”

Report says Ms. Chizuma is highly regarded for her strong stance in the fight against corruption which has led to the indictment of the vice president, one cabinet minister, and the head of police service.

However, they all deny any wrongdoing.

Oath of secrecy
The leaked audio started circulating on social media in April in which she was recorded speaking to a person not employed by Anti-Corruption Bureau on the fight against corruption.

Critics accused her of breaching the oath of secrecy and called for her sacking, but President Lazarus Chakwera said he would reprimand her both in private and public.

Three civil society organisations have said that the “government needs to desist from frustrating those fighting against corruption”.