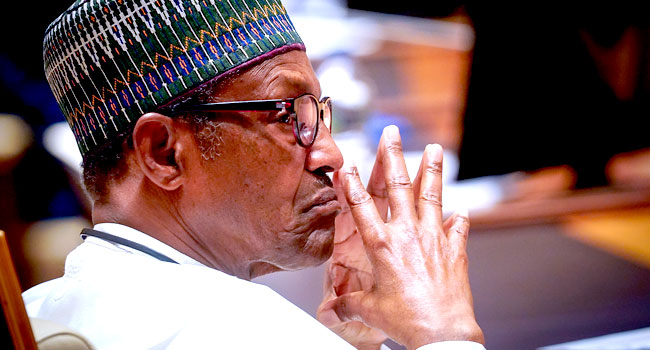 President Muhammadu Buhari has commiserated with the Nelson family on the demise of a frontline politician and advocate of the womenfolk, Chief Kemi Nelson.

In a statement by his spokesperson, Mr. Femi Adesina, on a Sunday in Abuja, the President commiserated with the Government and people of Lagos State, Presidential Candidate of the All Progressives Congress, Bola Tinubu, and the Lagos APC family on the loss of the frontline politician.

President Buhari described the deceased as “a consistent and faithful party member who devoted so much to the evolution, development, sustenance, and relevance of the party in Lagos and around the country.”

He noted the contributions of Nelson as a former Commissioner for Women Affairs and Poverty Alleviation in Lagos State, the State Women Leader, National Deputy Women Leader of APC, and former Executive Director of the Nigerian Social Insurance Trust Fund.

He further remarked that the deceased was a grassroots mobiliser and an achiever who left her footprints wherever she served.

“As the only female member of the Lagos State Governor’s Advisory Council (GAC), Kemi Nelson continued to be part of the governance structure that led to the transformation of Lagos State into the Centre of Excellence it has become,” he said.

The President prayed almighty God would grant the husband, Adeyemi Nelson, and the deceased’s family, friends, and associates the fortitude to bear the loss and for the repose of her soul.