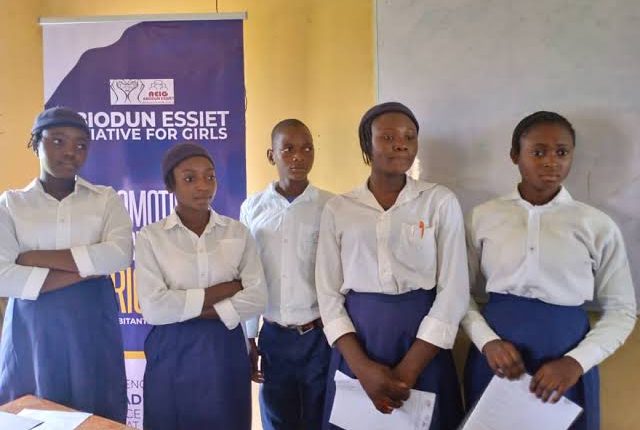 The Abiodun Essiet Initiative for Girls, a Non-Governmental Organisation, has urged students to end the culture of silence when faced with any form of Sexual and Gender Based Violence (SGBV).

The Executive Director of the organisation, Mrs Abiodun Essiet, gave the advice at a sensitisation seminar, organised for students of government secondary school, gwagwalada in Abuja.

Essiet, who was represented by Josephine Emeghoghena, the Project Officer of the organisation, said the seminar was to motivate the students to speak out against SGBV and break the culture of silence.

She explained that the sensitisation was also aimed at increasing student ambassadors willing to champion the campaign against SGBV in schools, homes and their various communities.

She added that, “we intend to achieve a society where there will be minimal stories of sexual and gender based violence at home, in schools and in our communities.

“We also intend to curb cases of bullying in schools, we want students to take the message home, their classrooms and we want them to be watch dogs for us.

“We have selected Anti-SGBV ambassadors in this school and their mandate is to report such cases to us and we will know how to follow up from there.

“To the parents, we want them to watch what their children are doing, watch who they mingle with, what they watch on their phones and so on.

“Do not leave it to teachers alone, let them see you as their friends, so that they can feel free to open up to you.”

Mr Anze Vincent, the Vice Principal, Administration of the school, appreciated the NGO for bringing the sensitisation to the students.

He urged the students to take the message learnt to their colleagues and friends at home.

He said, “don’t allow anybody to jeopardise your life, nobody should influence you to do what will endanger your life because it will remain a stigma in your life.

“You can also help someone else by reporting whatever you see, do not be afraid to speak out.”

Five Anti-SGBV ambassadors were appointed at the end of the sensitisation. Miss Afodia Allahnana, one of the ambassadors, said the seminar had made her bold to speak out against sexual and gender based violence.

She thanked the NGO for bringing the awareness to students of the school.