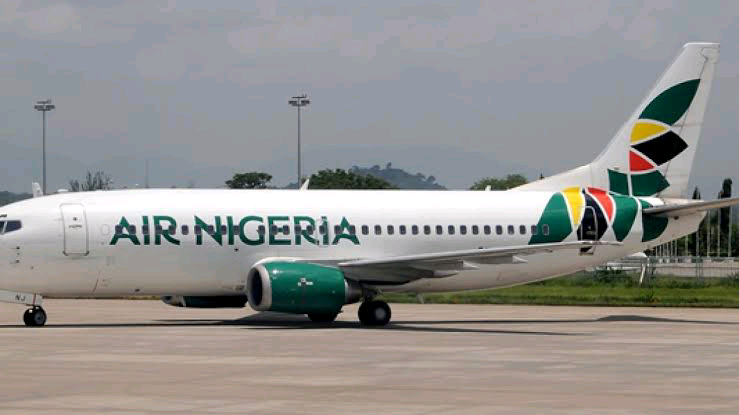 The Nigerian Government has announced plans to launch Nigeria Air with a shuttle service between Abuja and Lagos.

This service will  establish a new comfortable, reliable and affordable travel between these two major Nigerian Airports.

The Minister of Aviation, Senator Hadi Sirika, made the statement, while briefing Journalist on the preparation for the take off of the Nigeria Air in Abuja the nation’s capital.

The Minister said this was part of the Nigerian Government’s efforts to enhance and overhaul air transportation and Civil Aviation industry in the country.

He said Nigerian Air would be launched with three Boeing 737-800 in a configuration very suitable for the Nigerian market.

“After a careful, detailed and governed selection process, Ethiopian Airlines Consortium has been selected as the preferred bidder, offering an owner consortium of 3 Nigerian investors MRS, SAHCO and the Nigerian Sovereign Fund (46%), the Federal Government owning 5% and Ethiopian airlines 49%.

“The consortium has been subject to a due diligence process, after which the contract will be negotiated between the consortium and the Federal Government leading to a Full Business Case, which is expected to be approved at the Federal Executive Council.

“An interim Executive Team of highly skilled Aviation Experts has been working since February 2022 to set up all the necessary regulatory and industry requirements to launch the National Carrier.

“All Executives have been approved by the Nigeria Civil Aviation Authority, the Air Transport License has been issued by NCAA and Nigeria Air will now finalize all necessary Operation Manuals which will then go through the inspection and approval process of NCAA.

“All interim Executives were approved by the Nigeria Civil Aviation Authority after individual interviews three aircraft were searched for by the interim Executive experts and several offers were evaluated, from highly experienced and competent operators,” she explained.

The Minister also said that the contract was negotiated with three final candidates, and a signature-ready contract has been finalized with Ethiopian Airlines for three Boeing 737-800 with a 16 Business Class and 150 Economy Class configuration.

He said an agreement was reached in Addis Ababa that they would work directly with Ethiopian airline to provide three B737, initial crews and engineers, while NAL is recruiting 737 rated experienced Captains, First Officers and Cabin Crew, as well as aircraft engineers shortly to join Nigeria Air.

“The first aircraft is ready to arrive in Abuja for the further work and NCAA inspection, demo flights and audit as part of the AOC requirements. In time, two others will arrive to complete the required three aircraft for a new AOC holder.

“The interim executive team has prepared, with the support of Federal Airport Authority of Nigeria, the Terminal C at the Abuja Airport and finalized a contract with MMA 2 terminal in Lagos, for the operation of an initial shuttle between Lagos and Abuja. The bridge in Terminal C still has to be repaired, the costs are calculated.

“The timeline to launch Nigeria Air, with the collaborative work of the interim Executive team under the leadership of CEO Captain Dapo Olumide, has met all challenges, some unexpected delays and unforeseen circumstances. However, the thorough preparation of the interim Executive Team is making it possible to launch Nigeria Air this year,” she explained.

The Minister said airline business was one driver of economic development in Nigeria, and the ambition of AU to integrate the African Nations can only be achieved via air transportation and the Government of President Muhammad was giving the needed support to Aviation industry to compete with other countries in the world.