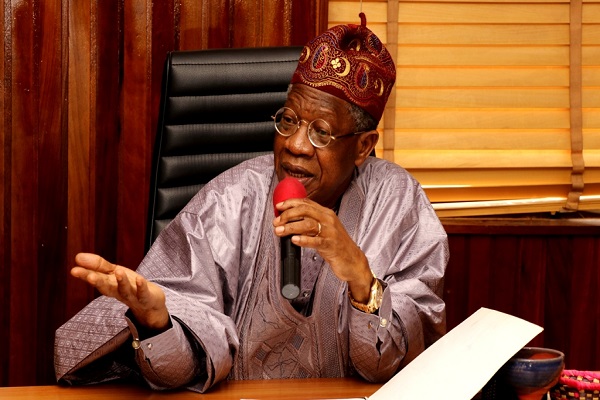 The Nigerian Government has said that the country is safe for investment, calling on potential investors to tap into the numerous productive sectors of the economy.

The country’s Minister of Information and Culture Alhaji Lai Mohammed made the remarks at an Investors’ Fair, tagged “Africa Walk”, organised by the UNICORN Group at its Lagos Campus on Friday.

He said the narrative making the rounds that Nigeria is a war zone or that there is religious persecution in the country is utterly false and must be disregarded.

Alhaji Mohammed said the Buhari Administration came into office in 2015 with the promise to revamp the economy, fight insecurity and curb
corruption and that the administration has performed credibly on the three pillars.

“We were elected on the three pillars of the economy, security, and anti-corruption. In these three areas, I can confirm that we have not
left any stone unturned to turn things around despite the numerous challenges,” he said.

While speaking on security, the Minister said Boko Haram, which was controlling a large swath of territory in the North East prior to the advent of the present Administration, has been severely degraded and that ISWAP leadership has been eliminated.

He said 51,000 insurgents surrendered in the first three months of this year alone, while the Government is now focusing on rehabilitation and rebuilding communities destroyed by the insurgents.

The Minister said in order to address the intractable farmer-herder clashes, the present administration is the first to bring a feasible solution to the conflict through the National Livestock Transformation Plan, which puts ranching at its core.

He therefore called on some state governments that are yet to key into the plan to have a rethink and embrace it in order to put a halt to the protracted farmer-herder clashes.

“We are also tackling banditry with the same vigour with which we have taken on Boko Haram and ISWAP, and it is a matter of time for bandits
to be decimated too,” Alhaji Mohammed said.

On the economy, he said the administration has re-geared the economy to stimulate domestic production and make the nation less vulnerable to external shocks.

He however said adverse global headwinds, such as the crash in oil prices, COVID-19 pandemic and the ongoing war in Ukraine, have had
adverse effects on the economy.

In the area of fighting corruption, the Minister reeled out monetary recoveries from January to December 2021 as N152 billion; USD386 million; 1.1 million Pounds; 157,000 Euros; about 1.7 Saudi Riyals and some more in Digital and other currencies.

He said the funds so far recovered have gone into the provision of infrastructure across the country.

“It is disappointing that some of our recovered funds are still being blocked. Western governments should be helping us recover our money, not blocking it. Past funds have been returned, and then gone towards infrastructure. Governments proclaim they want to return, but then tie it up in endless bureaucracy for reasons best known to them,” he said.

The Chairman of the UNICORN Group, Dr. Akintoye Akindele, conducted the Minister round the startup incubation hubs on the UNICORN Campus.

Dr. Akindele said he was encouraging and supporting startups to go beyond profit maximisation but to also contribute to nation building.