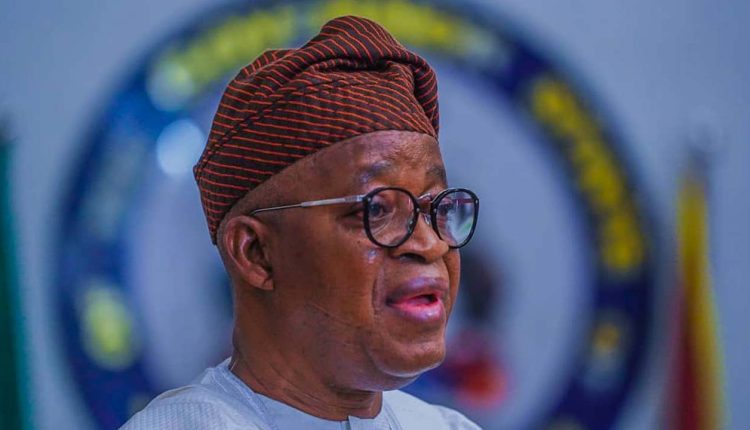 “I’m the candidate to beat anytime, any day. My performance speaks for me, and I don’t have sufficient time to go through it.”

Governor Adegboyega Oyetola of Osun State asserted this on Wednesday while speaking at a governorship debate held in Osogbo, the state capital.

“Is it the food that has been given to the state’s citizens since April last year, is it the health, is it the support that I’m giving to the women with a micro-credit agency that has disbursed more than N4 billion? I have enough to convince people I’m the best candidate for the job.

“And given the level of the campaign, I’ve gone to 27 local governments out of 30, and I see jubilation and excitement. I’m going to win that election come July 16, 2020,” he said.

Governor Oyetola of the All Progressives Congress (APC) said his record in office as the governor of Osun State in the last four years qualifies him to govern the state for another four years.

The candidates who participated in the debate, organized by Arise News Television in partnership with Enough is Enough, include; Akin Ogunbiyi of the Accord party, Lasun Yusuf of the Labour Party, and Goke Omigbodun of the Social Democratic Party (SDP).

The debate occurred barely two weeks before the Osun, where the electorate will proceed to the polls to elect the state’s next governor.