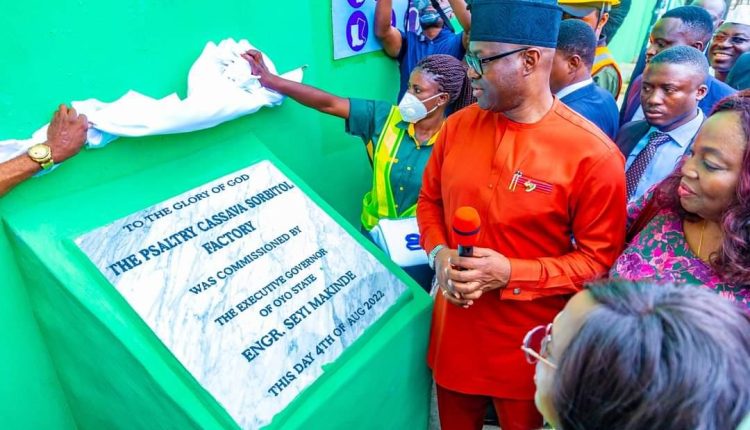 Oyo State Governor, Seyi Makinde, has, on Thursday, inaugurated the first in Africa and second in the world cassava-based sorbitol factory.

The facility, named Psaltry, sited at Alayide village, Iseyin Local Government Area of Oyo state, has the capacity to produce 25 tons of sorbitol per day and is second to the one in Indonesia.

Sorbitol is a naturally occurring sweetner, synthetically extracted from glucose, used in sugar-free foods, pharmaceutical products and oral care products such as mouth fresheners and toothpastes.

While inaugurating the factory, Makinde declared that his administration is fully supportive of strides that directly improve economic activities and livelihood of citizens of the state, saying thus far, his government had attracted to the state, over N23 million in agribusiness investment apart from $25million in partners blended finance for rural roads in the state. 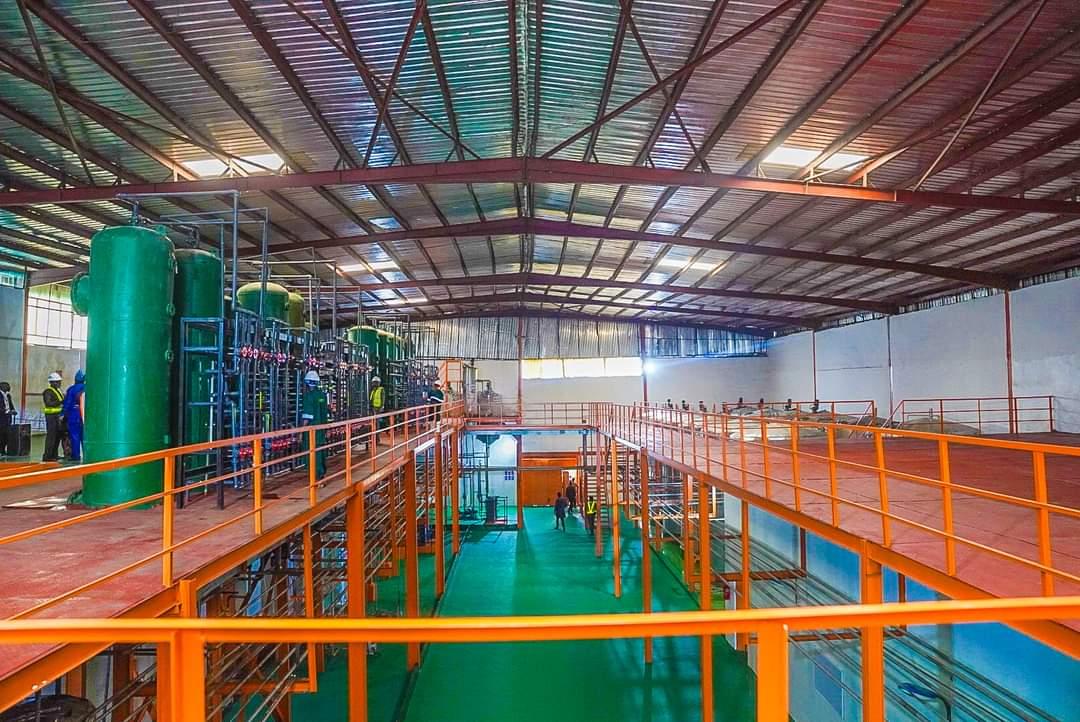 The governor had approved the request of the management of the newly inaugurated facility for infrastructure to smoothen activities at the factory, the construction of the main road to Alayide village and the bridge that connects suppliers across the river to the factory.

Makinde also approved the revamp of the Eruwa Dam from which the factory could draw water, while also hinting on the reconstruction of the Ido-Eruwa road.

Speaking at the event, the wife of former Nigerian President, Olusegun Obasanjo, Mrs Bola Obasanjo, stressed the need for youths to take to agriculture rather than looking for white collar jobs. She commended the Psaltry initiative and urged government to encourage mechanised farming to greatly boost agricultural production in the country. 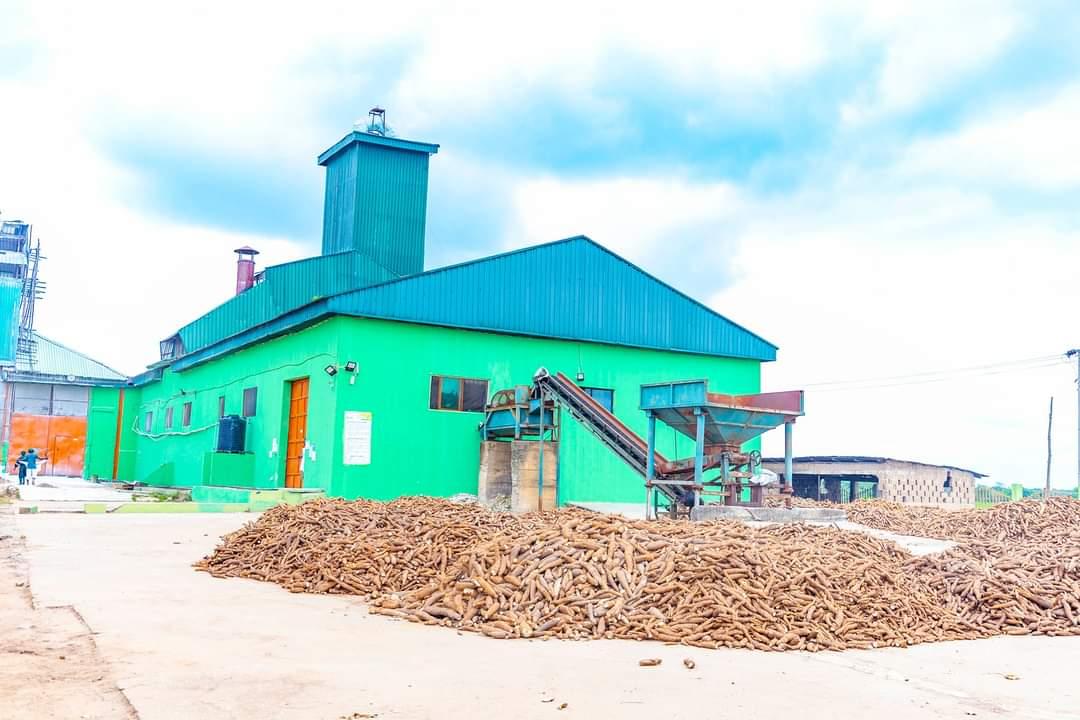 In her remarks, the founder, Psaltry International Company Limited, Oluyemisi Iranloye, said the factory would reduce the nation’s reliance on imports and drive agricultural industrialisation in the county.

Iranloye charged financial institutions to support entrepreneurs and give longer moratorium to such projects to prevent failure.

She also appreciated the support received from the Central Bank of Nigeria under the Commercial Agriculture Credit Scheme and Providus Bank, to construct the factory, stressing that with requisite funding, there is room in Nigeria for one hundred cassava processing companies.

In her own remarks, the Chairman, Board of Directors, Psaltry, Mrs Folusho Olaniyan, noted that the epoch-making factory would provide employment for 10,000 persons, impact on about 100,000 persons around the community and help reduce unemployment and the nation’s reliance on imported raw materials like sorbitol.

Lamenting that Nigeria is among the largest importer of sorbitol in the world, Olaniyan described the nation’s reliance on imported raw materials for local production as a plague to the economy, particularly with the usual fluctuation in exchange rate. 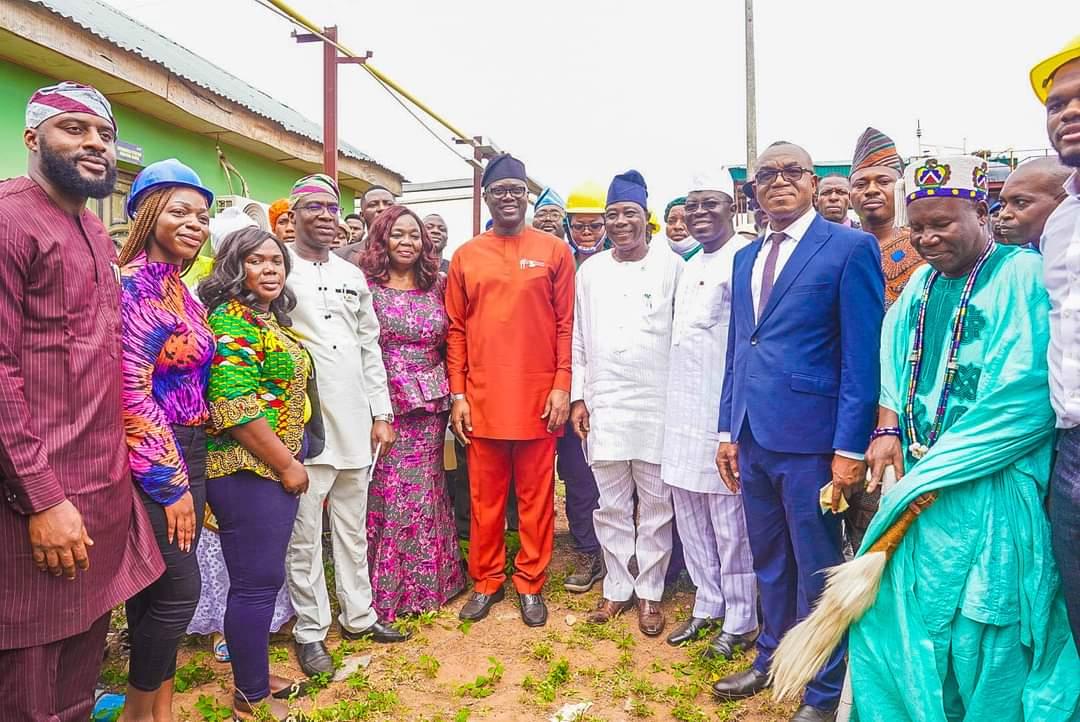 Psaltry birthed in 2005 to process cassava into food and industrial products but began production in 2013 with its first cassava starch factory, until further expansions before becoming a cassava-based sorbitol factory.

Also on Thursday, Governor Makinde inaugurated the newly renovated and equipped General Hospital, Tede, in the Atisbo Local Government Area of the state.

The Executive Secretary, Oyo State Health Insurance Agency, Dr Sola Akande, disclosed that the facility had suffered dilapidation for 15 years before its revamp.