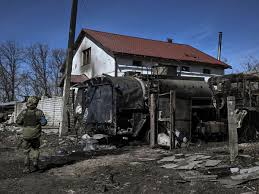 Russia has said it is investigating the torture of Russian soldiers held prisoner in Ukraine and recently released as part of a prisoner swap with Kyiv in late June.

The Russian committee said Moscow’s soldiers told investigators about “the violence they had suffered.”

According to its statement, one of the soldiers said Ukrainian medics treated him without anaesthetic and that he was “beaten, tortured with electricity in captivity.”

The Russian Investigative Committee, which probes serious crimes, said in a statement that it was “verifying facts of inhuman treatment of Russia soldier prisoners in Ukraine.”