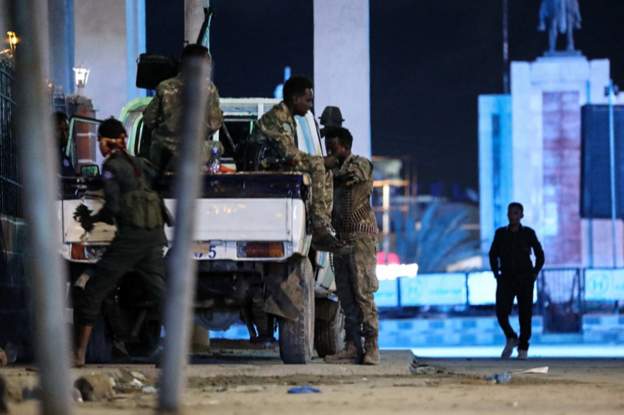 The Somali National Army, SNA says more than 100 al-Shabab militants have been killed in operations over the last three days.

This comes following support from US forces, in the central Hiiraan region.

“Air support from the United States of America has assisted this operation led by SNA,” they said.

Hiiraan and the neighbouring Galgudud region have become the epicentre of weeks of clashes between government-backed clan militia and al-Shabab fighters.

Report says on Monday that the army had killed at least 54 militants in Hiiraan region.

A day before, the army said more than 75 militants were killed in joint operations with clan militia.

Meanwhile, al-Shabab spokesperson, Ali Dheere threatened to retaliate against the government’s desperate use of clan militia.