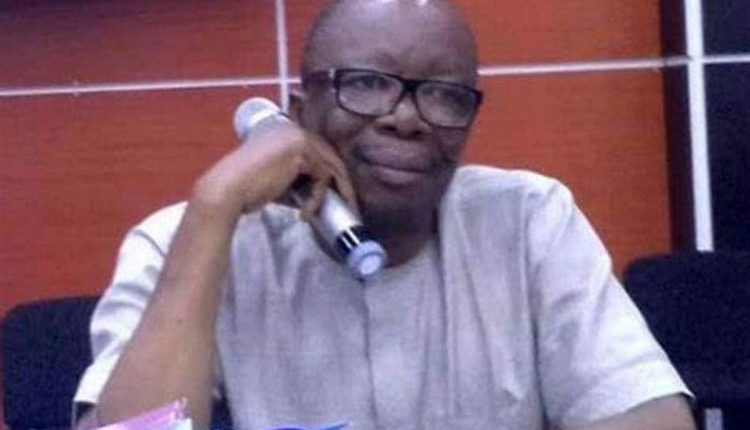 The Academic Staff Union of Universities ASUU, says the proposed students loan scheme would create more problems than the ones it is trying to solve.

The President of ASUU, Professor Emmanuel Osodeke, said that with the current high rate of unemployment in the country, it would be impossible for students to repay such loans after graduation.

He was speaking at the ongoing  National Summit on Tertiary Education Reform 2022, in Abuja.

Prof Osodeke also criticised the proposal of 250,000 naira per session as tuition fee, where a student would apply for a loan of 500,000 naira to pay and sustain himself.

According to him, this means that any student who cannot access the loan is at the risk of forfeiting university education considering the level of poverty and unemployment in Nigeria, including the current minimum wage of 30,000 Naira which he says has proven unsustainable going by recent high inflation rate and coat of living.

“ASUU would never support the issue of education bank because the poor would not benefit from it. The best solution is adequate funding for Universities” Prof Osodeke said.

Similarly, the Dean of post graduate studies, Lead City University Professor Afolakemi Oredein, said that if implemented the next problem for students will be accessibility for those students who need the fund as well as repayment.

She argued that the loan scheme should be private sector driven to make it more efficient.

Explaining the mode of operation of the Education bank, which is to be saddled with the responsibility of providing the loans, the Speaker of the house of Representatives, Mr Femi Gbajabiamila said the proposed  Student Loan Scheme is safe from defaulting because a student must be an indigene of the awarding state and must also have two guarantors.

He said at the  National Summit on Tertiary Education Reform 2022, in Abuja, that the loan was not going to be given directly to a student but disbursed to the school.

He also said that the loan would be processed within thirty days of application.

“Another feature of the students loan Bill is that it requires two guarantors, where by, one could be a civil servant with twelve years standing, a lawyer of ten years standing or a judicial officer,” Gbajabiamila said.

“A typical public university can survive effectively on a tuition fee of N250,000 per session and an all-in annual loan of N500,000 can take a student through each academic year. At the end of a 4-year programme the student leaves the university with a debt of N2 million repayable over a 20-year period at a fixed interest rate of 1% pa. With funds availability, staff of universities are paid, students will receive lectures and our children can eat, procure books and personal items and pay for accommodation.”

The Summit brought together major stakeholders in the education sector.