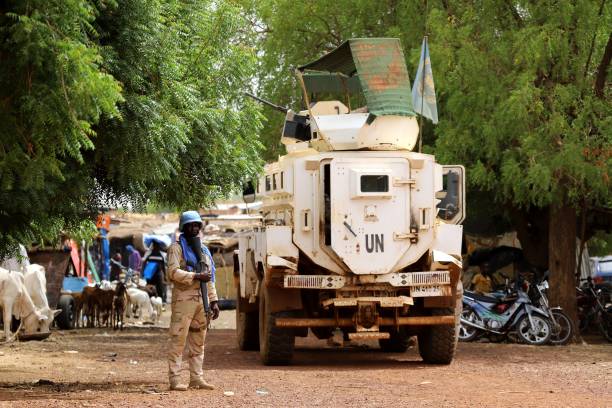 The UN Security Council has agreed to extend a peacekeeping mission in Mali for another year but without French air support as in the past.

The resolution on extending the United Nations Multidimensional Integrated Stabilization Mission in Mali, MINUSMA until June 30, 2023, was adopted by 13 votes out of 15, with Russia and China abstaining.

It calls for maintaining MINUSMA’s current troop levels of 13,289 military and 1,920 police.

Paris Support
However, Paris had offered to continue air support for the UN force from outside Mali.

French ambassador to the UN Nicolas de Riviere said during the negotiations in New York “This support is necessary for MINUSMA and to protect the peacekeepers.

“The violations of human rights and international humanitarian law must stop,” he added.

Mali and France’s relationship soured under the current junta, leading to withdrawal from the Sahel nation.

The violence has left 175 UN peacekeepers and thousands of civilians and soldiers dead, and millions of thousands of displaced people.