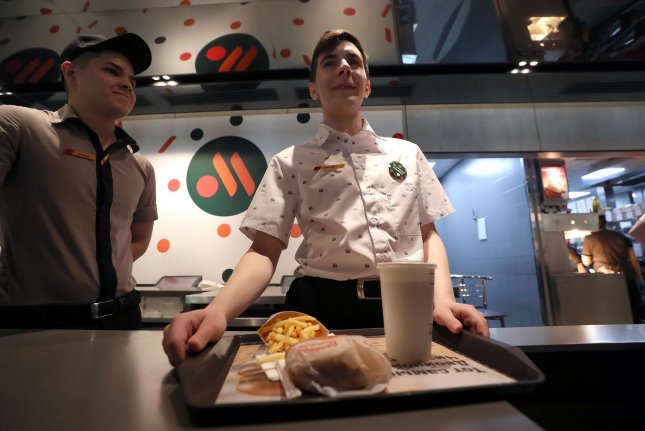 McDonald’s restaurants flung open their doors in Moscow on Sunday under new Russian ownership and with the new name, Vkusno & tochka, which translates as “Tasty and that’s it“. 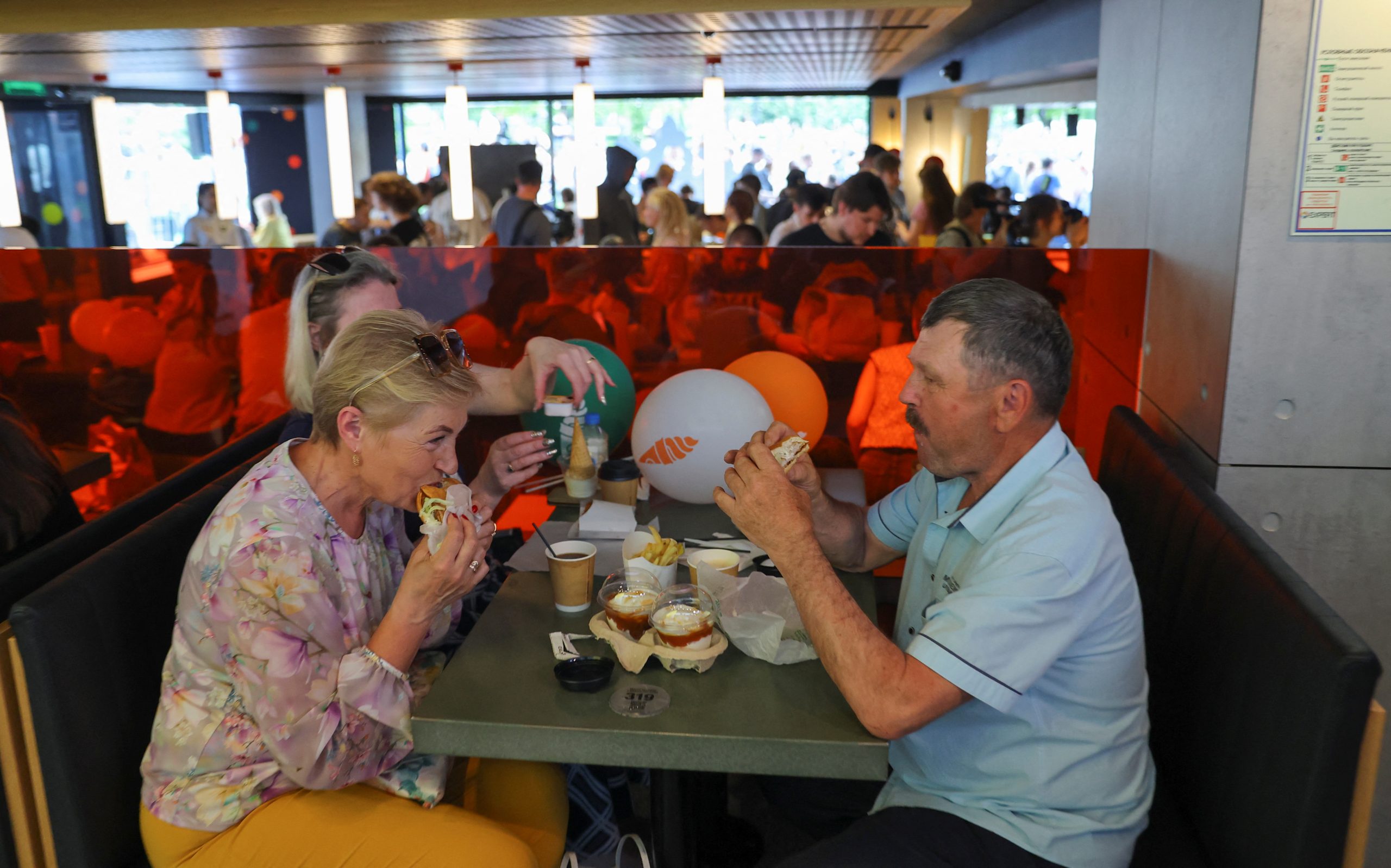 The unveiling of the rebranded outlets, more than three decades after the American burger giant first opened its doors in Moscow in a symbolic thaw between East and West, is once again a stark sign of new world order.

The reopenings, which took place on Russia Day, a holiday celebrating national pride, mark a new era for Russia’s fast-food and economic scene.

It might look and smell like McDonald’s but now the golden arches are gone, the Filet-O-Fish is simply a fish burger. The Big Mac has left Russia.

The fortunes of the chain, which McDonald’s sold when it exited the country over the conflict in Ukraine, could provide a test of how successfully Russia’s economy can become more self-sufficient and withstand Western sanctions. 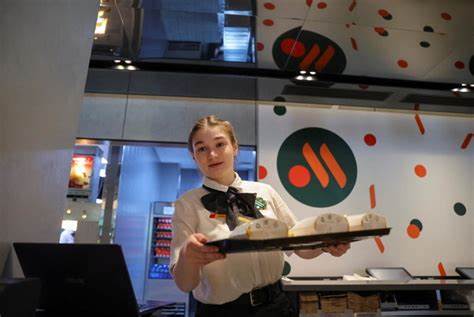 On Sunday, scores of people queued outside what was formerly McDonald’s flagship restaurant in Pushkin Square, central Moscow.

The outlet sported a new logo – a stylised burger with two fries – plus a slogan reading: “The name changes, love stays”.

The queue was significantly smaller than the thousands of people who thronged the original McDonald’s opening there in 1990 during the Soviet era.

Vkusno & tochka’s menu was also smaller and did not offer the Big Mac and some other burgers and desserts, such as the McFlurry.

A double cheeseburger was going for 129 roubles ($2.31) compared with roughly 160 under McDonald’s and a fish burger for 169 roubles, compared with about 190 previously.

The composition of burgers has not changed and the equipment from McDonald’s has remained, said Alexander Merkulov, quality manager at the new company.

McDonald’s closed its Russian restaurants in March and said in mid-May that it had decided to leave the country altogether.

In a sign of the haste the new owners have had to rebrand in time for the launch, much of the packaging for fries and burgers was plain white, as were drinking cups, while takeaway bags were plain brown.

The old McDonald’s logo on packets of ketchup and other sauces was covered over with makeshift black markings.

“The taste has stayed the same,” he said as he tucked into a chicken burger and fries. “The cola is different, but there really is no change to the burger.”

The flagship Moscow restaurant is among 15 rebranded outlets that are initially opening in and around the capital on Sunday.

Oleg Paroev, CEO of Vkusno & tochka, said the company was planning to reopen 200 restaurants in Russia by the end of June and all 850 by the end of the summer.

“For three months we did not work,” said Ruzanna, manager of a Moscow branch that is due to open in July. “Everyone is very pleased.”

The chain will keep its old McDonald’s interior but will expunge any references to its former name, said Paroev, who was appointed Russia McDonald’s CEO weeks before Moscow sent tens of thousands of troops into Ukraine on Feb. 24.

“Our goal is that our guests do not notice a difference either in quality or ambience,” Paroev told a media conference in the restaurant. He said the chain would keep “affordable prices”, though added that prices would likely rise due to inflation, but not higher than its competitors.

Siberian businessman Alexander Govor, the new owner of the chain, told reporters that it would look to launch something similar to McDonald’s flagship Big Mac.

“The Big Mac is the story of McDonald’s. We will definitely do something similar.

“We will try to do something even better so that our visitors and guests like this dish,” Govor said.

Govor said up to 7 billion roubles ($125.56 million) would be invested this year in the business, which employs more than 50,000 people.

“The corporation asked me to, first of all, keep the headcount, to provide people with work. That’s what I’m going to do,” he added.

Govor said the company was looking for new suppliers of soft drinks such as Coca-Cola (KO.N), which has said it was suspending its business in Russia.

Moments after the press conference finished a man stood up in front of the cameras holding a sign that read “Bring back the Big Mac”. He was swiftly escorted out by restaurant staff.