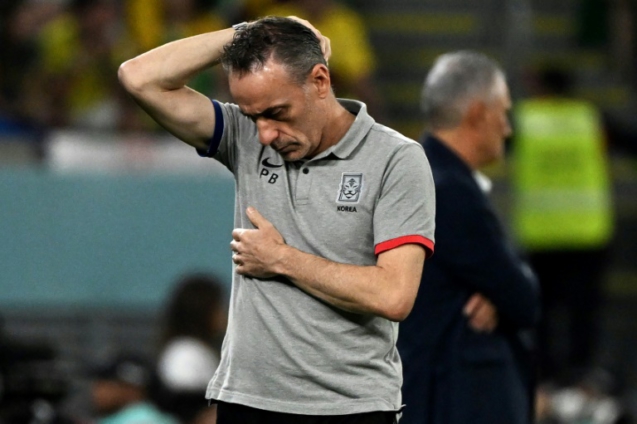 South Korea coach Paulo Bento has left his role following his team’s elimination from the 2022 World Cup in the last 16.

Bento’s side were knocked out of the tournament after a 4-1 defeat by Brazil.

The 53-year-old from Portugal was appointed as South Korea boss in August 2018.

“We just have to think about the future and it will not be with the national team of South Korea,” said Bento.

“I have just announced to the players and to the president of the South Korean federation and this was a decision I had already taken since September that was set in stone.

“Today I have confirmed it and I have to thank them for everything they have done.

“They have given their very best and I have been very pleased and proud to have been their manager.”

Bento’s side beat his native Portugal 2-1 in their final group game to finish second in Group H and progress to the last 16.