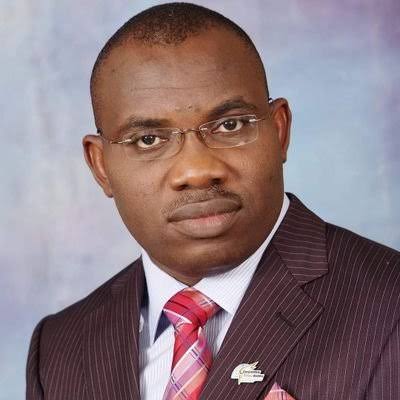 The candidate of the All Progressives Grand Alliance (APGA) for the 2023 Governorship election in Ebonyi State, Professor Benard Ifeanyi Odoh, has pledged to liberate the people of the state from the challenges being faced if he becomes the next governor of the State.

Odoh who stated this at separate consultation meetings with the leadership of Abakaliki Motor Spare Parts Dealers, National Association of Technicians and Automobile (NATA), Ebonyi State International Market Youth Forum and other Union leaders, assured them that as a Governor of Ebonyi State, he won’t interfere in the affairs of their unions.

“I won’t come to put chairman for you. I won’t come to force Okada riders, Keke operators or building materials traders to put Chairmen for them. I won’t come to your communities to install town union presidents, it’s not my business at all. My work will be to bring investors to the State. There is too much oppression in this State, but when I become your Governor, I will liberate the people, so that our people will have freedom to do what they want to do within the laws”, Odoh assured.

The governorship candidate promised to support businesses to move in the State and to ensure that taxes are harmonized in such a way that no one would be overtaxed.

According to him, “if I’m your Governor, we won’t use thugs to harrass you over taxes, we will sit down with you to agree on the amount to pay as taxes and the modality of payment.

Speaking on how he would integrate business owners into his administration, Odoh said: “you’re my own stakeholders and I don’t have Godfather. If you support me to get to that position, I will not let you down. I observed that not even one person is an importer, amongst you, everybody goes to Onitsha to buy market.

“When I met with the building materials traders recently, I told them, let’s write it down: if I become your Governor, we must raise at least 20 importers amongst you.  I will not invest money on flyovers that have no direct impacts on our people, I will invest directly on our people.”

While urging them not to be deceiveed by Candidates who would want to use money to buy their votes, the former Secretary to government of Ebonyi State, said: “I won’t need to get permission in Abuja or from anybody to serve our people. Whatever we promised to do, we must do it. One thing we must know is that what kept us in this condition we are today is that politicians come to share N1, 000 or N2, 000 to us to get our votes, but we must do everything possible to resist it in this coming election.”

He pledged to revisit the case of the traders whose shops and warehouses were destroyed at Abakpa market and old Abakaliki building material market by the present administration, if elected governor, 2023.

“The traders whose shops and warehouses were destroyed at Abakpa market and old building materials market, we will review them, because I’m aware that Mr Adol-awam was a Council chairman when Abakpa market was constructed and I’m aware that people bought shops there with their hard-earned money. So, if that place which you have paid for has been taken from you and I become Governor tomorrow, I will not watch you walkaway without anything.

“If a government acquires people’s land and say, it’s for a public interest and later share the land to individuals, we won’t encourage that, because blood flows in my veins and we are one people. If you are in pains, I won’t sleep as your Governor. It’s my duty to protect you and your investments.

“I won’t come here to pursue my pocket, that’s not what I’m coming to do. I’m only looking for this opportunity to serve you well, so that after my tenure, I will go home and be happy; and the day the Lord will call me, I will die peacefully, knowing that I have done my best,” he assured.

On the condition of the State’s education and health sectors, the former university Lecturer, said: “The schools in our villages have no teachers. The highest you can get in our schools is one teacher and a Head Teacher. Many of our teachers have retired without replacement.

“In the entire Ebonyi State, we have only six Doctors, 17 Nurses and one Pharmacist in the whole State Ministry of Health, which means, if a woman is pregnant at Okpoitumo, Umuhuali or Ivo, etc, she travels all the way to AE-FUTHA to get medical service.

“Our people are suffering; and if you go to other cities, our people are the ones hawking in those areas. I will not be your Governor and watch our people go through that kind of situation. Our mothers here will agree with me that it’s now less costly to make a pot of soup in Enugu than Ebonyi. Food is now more expensive in Ebonyi than in other South-East States.

“When we were growing up in this town, it was not like that, because our people went to farm and there was support to farmers. When I was in government, money was provided for farmers but it didn’t get to them.

“Today, more than 70% of rice being milled in Abakaliki ricemill comes from the North.

“In this country today, we are ranked the 3rd most poorest state after Sokoto and Jigawa… So, our situation is a tearful one.”

He, therefore, pledged to recruit atleast 4000 teachers and 50 medical Doctors in his first one year, if elected.

“We will employ at least 4, 000 teachers and pay them a minimum of N100,000 monthly to ensure they are happy teaching our children. We must revamp our education system. We must raise our children very well to secure our future.

“We will also employ atleast 50 medical Doctors in our first one year in office, so that we can have atleast, three doctors, in each local government area of the State”, he said.

Odoh called on the people to put aside parochial sentiments in choosing the next Governor of the State, saying, “the upcoming election is a different kind of election. I know we have people contesting this governorship election from the North, South and Central zone, but let me tell you, governance is not a gamble, you must prepare for it. So, you don’t just say, because it’s our turn or because my brother is contesting, I must vote for him. It makes no sense, because if you are going to Enugu now and your brother is a driver but he does not know how to drive and there is another driver from Cross River that’s experienced, will you say, because your brother is a driver you must join his own vehicle? He will go and destroy you if you join his vehicle.

“So, why should it be that in a leadership where the fate of over 3.5m people will be determined, we will be saying, this one is our brother? It is not a brotherly matter. It should be about the person who will provide the needed solutions. Our next governor shouldn’t be a siren Governor. It should be someone who can get foreign people to assist us and not borrowing to solve our problems.”

Speaking on how he plans to lift Ebonyi people out of poverty, he said:”under me as your Governor, we will grow our economy and create jobs. We shall harness our potentials in Agriculture. For example, we are going to prepare extensive land for palm plantation and we will create Oil mill there. One hectare of palm plantation after oil processing yields N42m, if we have ten thousand hectares, you could imagine how much we will be making and the place will employ not less than 10,000 people who will work day and night to earn their living.

“We will invite our people and foreigners to Ebonyi to build universities. Government will give them land and this will create direct and indirect employment for our people. Last year, Nigeria exported 522,000 metric tons of ginger that was sold $12m. As a State, if we process ginger and extract the oil and export it, we will make over N1.4bn. We are going to invest in large farm of ginger and install a processing plant. There is no industry here, all we have are hotels and fuel stations. This is not where we supposed to be.