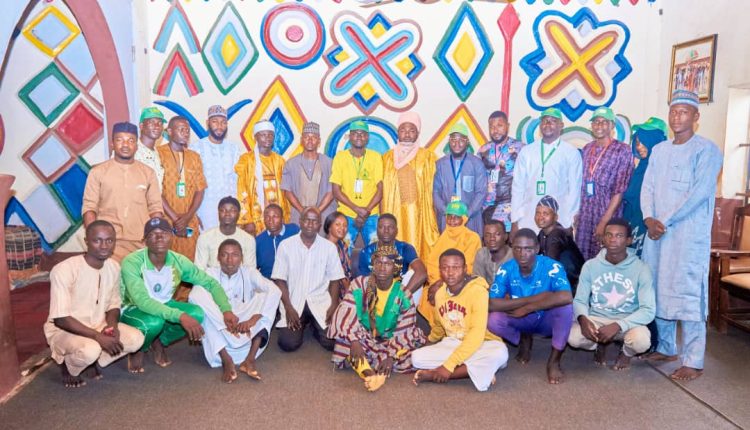 As part of the activity to commemorate International Youth Day, the Youth Assembly of Nigeria, Lafia chapter in Nasarawa State, has urged the youth to eschew electoral violence and shun political thuggery for peace, love, and unity to reign in the society.

The call was made by the speaker Youth Assembly of Nigeria, Lafia chapter, Mr. Yarwa Ahmed at the community sensitization in Shabu, a suburb of Lafia local government of Nasarawa state.

He said that International Youth Day is observed to raise awareness regarding the serious issues which are currently faced by the world’s youth and this day also tells about the new initiatives and actions taken by the youth.

Youth are the future of our world so it is very essential to guide them in the right way and provide for proper environment and care for them.

Speaking, the Director of Youth Mobilization, Ibrahim Ishaq, urged the youth not to forget that the election comes once every four years as such they should eschew electoral violence.

“As events that would finally lead to the 2023 general elections continue to unfold, the masses, especially the youth, should remember that general election would only come once after four years. Therefore, they should tread with caution”,

“Unfortunately, today’s youth have quickly forgotten history as they were earlier taught by some of our selfish politicians who would rather use us as political thugs to achieve their goals and dump us afterward”, Ishaq noted

The Emir of Shabu, Mahmud Bwallah said that the youth should reject being used by politicians to cause mayhem during and after elections.

The Emir represented by the Wazirin Shabu, Abubakar Allahkayi, said“Values are lost in the Nigerian society and the people with expensive material things are the ones that people respect in the society.  As a result, there is little or no value placed on education, and those that want to do the right thing are constantly harassed and intimidated physically and materially as people of no worth in society.

“And due to the general acceptance and rot in the society, many youths do not see anything wrong in cybercrime, ritual, and other vices again as long as it brings in the money”. The Emir noted

Abdullah I Sufi who spoke on behalf of shabu youth appreciated the Youth Assembly of Nigeria for organising the programme and promised to work for the overall development of the state and the country at large.