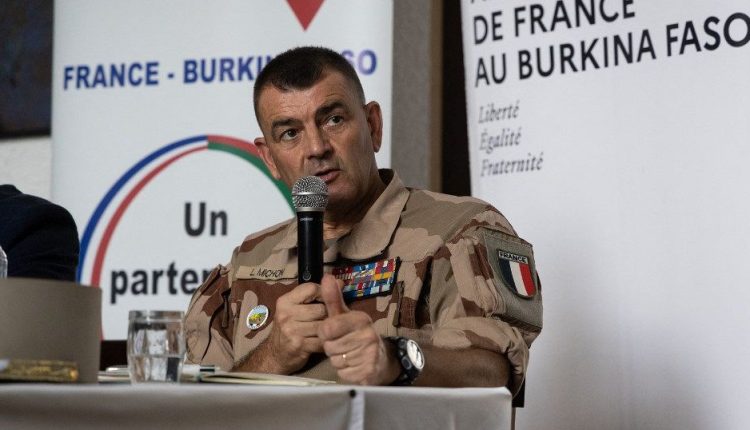 Burkinabe Prime Minister Apollinaire Kiélem de Tembela has asked France for “weapons and ammunition” for army auxiliaries who are helping him in his fight against jihadists, according to an article from his communications service.

During a meeting with Luc Hallade, French Ambassador to Burkina Faso, the Prime Minister “stressed that the partners’ efforts must focus on the deep aspirations of the people of Burkina Faso, a people committed to defending themselves for freedom, against barbarism and terrorism”, indicates this article.

“This is what justifies the launch of the operation to recruit 50,000 Volunteers for the Defense of the Homeland (VDP)”, the army auxiliaries, he explained, adding: “France could help this popular resistance by providing arms and ammunition and also taking into account the financial support of the brave fighters”.

To Mr Hallade’s “concerns” “about the impossibility for French NGOs based in Burkina Faso to travel to the field for their activities “, Mr Kyelem de Tembela replied: “This is the reason why you must help us to have the necessary equipment to overcome terrorism”.

“The Burkinabè are looking for a lifeline for their country and if this lifeline must come from another country other than France, why not?”, he added.

The Burkinabè Prime Minister also affirmed during this meeting that “Burkina Faso has been cornered for six years and nobody is moved”. He considered that France “showed a different solicitude when it came to helping Ukraine in the recent conflict between it and Russia”.

At the end of his meeting with Mr Kyélem de Tembela, Luc Hallade felt that everyone had an “interest” in ensuring that Burkina, plagued by jihadist violence, “stays upright “.

This request for help to the VDPs “is made repeatedly, whether by him (the Prime Minister) or by other authorities” and “it is a complaint that remains on the table”, according to a French diplomatic source.

“But the question for us is: if you need help in the fight against terrorism, why don’t you call on the (French) special forces who are based in Kamboinsin (near Ouagadougou) and who are available to intervene? The only condition for intervention is that you ask us,” she added.

According to this source, “we accuse France of not helping, but when there is a tool which is immediately available and a priori effective for an intervention” which “we do not call on, it is very complex”.

The VDPs are paying a heavy price in the jihadist attacks by groups linked to Al-Qaeda and the Islamic State which regularly strike Burkina Faso, particularly in the north and east.

Since 2015, Burkinabe civilians and soldiers have been regularly bereaved by increasingly frequent jihadist attacks, particularly in the north and east, which have killed thousands and forced some two million people to flee their homes.