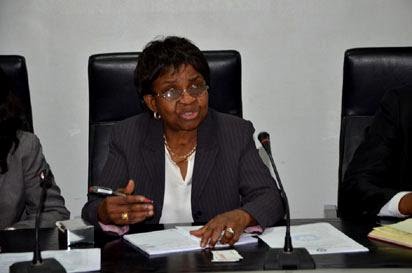 The national Agency for Food and Drug Administration and Control (NAFDAC), said yesterday it stopped more than 80 fake drugs manufactured in China and India shipped into the country by fraudulent importers.

This was disclosed by the Director-General of the agency, Prof. Christiana Adeyeye, at a briefing in Lagos.

She said the agency had procured 40 units of a handheld device, valued at $57,000 dollars each, to detect the quality and quantity of medicinal products in the country.

She also disclosed that Nigeria was set to begin the production of vaccines by the end of 2022.

Adeyeye explained that as part of efforts to reduce the percentage of fake products being brought into the country, the agency officials toured 19 pharmaceutical companies in China and India, regretting that some of the products shipped into Nigeria were never tested as required by law.

She said NAFDAC had in 2019, read riot act to manufacturing companies in India and China doing business with Nigeria to either align with the country’s listing or quit. She said:  “Earlier in my tenure, we found loopholes that some drugs were not even tested before they are brought here, so in September 2019, we went there and declared a riot act that if they want to trade with us and you bring something bad, you will be in trouble. We had the list and we wrote down the lists of what we expected.

“We went to over 19 laboratories in India and China, the ones that did not satisfy our listing or specifications we removed, one or two that we found fraudulent, we also removed.  “Since March 2020 when the agreement was signed, we have stopped the shipment of over 80 products.  On a few occasions they tried to forge our permit, we caught them because the port inspectorate is now digitalised.”

That is how we are reducing falsified substandard medicines.