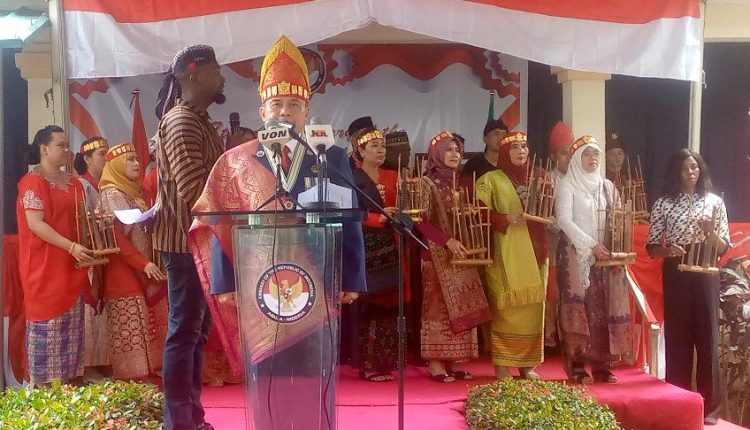 The Indonesian government has reiterated its commitment to enhance bilateral relations with Nigeria in agriculture, health, economy, defence and mining sectors.

The Indonesian Ambassador to Nigeria, Usra Harahap stated this in Abuja, Nigeria’s capital, during the Indonesian 77th Anniversary of their declaration of Independence which themes, “Recover Together, Recover Stronger.”

He explained that his country would share its most advanced scientific knowledge with the health sector in research and training opportunities for vaccine production. 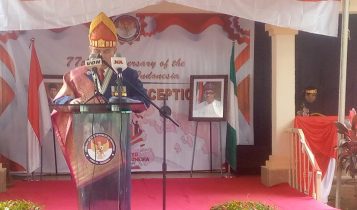 “We are very optimistic and also have seen positive responses from the countries in the region to enhance cooperation in various sectors such as defence industry, food processing industry, pharmaceutical industry, creative economy, mining and construction, agriculture sector as well as health sector will be expectedly growing in the near future”.

Ambassador Harahap noted that Indonesia has always played an active role in maintaining peace and security in the United Nations Mission across the globe.

“Indonesia as the biggest archipelagic country in the world, the world’s third largest Democracy and the most populous moderate Muslim country, which currently holds the Presidency of G20, has always played an active role in maintaining peace and security in the world.

“Indonesia has been the non-permanent member of the UN Security Council, the last one, successfully completed in 2020.

“In relation to this, hundreds of Indonesian troops and polices are joining in UN Mission all over the world including MINUSCA in the Central African Republic.”

According to the Ambassador, Indonesia offers scholarships to prospective students

“Indonesia and Nigeria have been bonded by longstanding diplomatic relations since 1965. Indonesia is of the view that Nigeria is our strategic partner in Africa and the global arena. We are also aware that the two countries have a strong sense of responsibility to tackle regional and global issues.”

The Nigerian government which Ambassador Mustapha Tunde represented, said the country would continue to collaborate with the Indonesian government.

“The two countries have maintained cordial relationship over time which continue to grow from strength to strength, the level of our relationship between two countries is very robust, it is estimated that more than one hundred thousand Nigerians visit Indonesia annually spending about five hundred Million Dollars on shopping, tourism and other economic activities.”