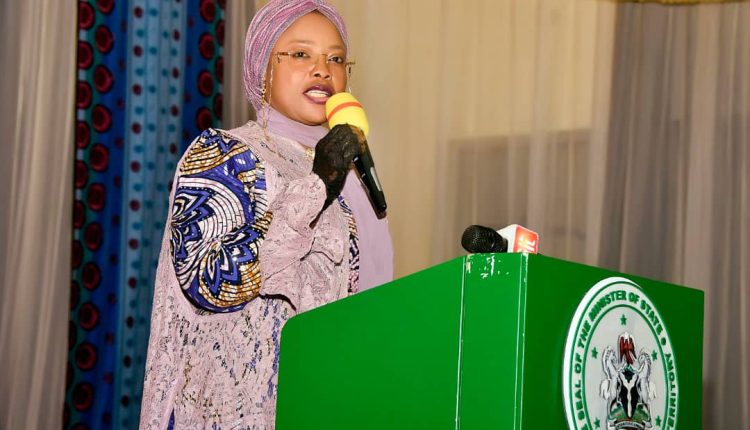 As the world marks International Youth Day, the Minister of State in the Federal Capital Territory, FCT, Ramatu Tijjani Aliyu, has felicitated with the Nigerian Youths.

The Minister who commended the youths for their steadfastness and commitment to nation-building, also enjoined the youths to jettison acts that are capable of derailing the peace of the country and focus on conducts that will foster cohesion and national unity especially as the nation moves towards the 2022 general elections.

She further stated that youths will play a significant role ahead, even as she urged them to take advantage of the time, seize the momentum and make the needed difference going forward.

“Today, the world over, we celebrate the vibrant portion of our population, the youths!

“Just like the United Nations has charged, let me reiterate that there must collaborate to foster successful and equitable intergenerational relations and partnerships to ensure “no one is left behind”.

“The 2023 general elections are upon us and the youths will play a vital role in how our nation is governed. We must therefore jettison acts that will cause disaffection and disunity among us.

“Youths must be agents of change that we hope to see in our dear country. Nigeria.”

It began in 2000 and was organised by the United Nations to celebrate the contribution that young people make to education, employment, conflict resolution and social justice.