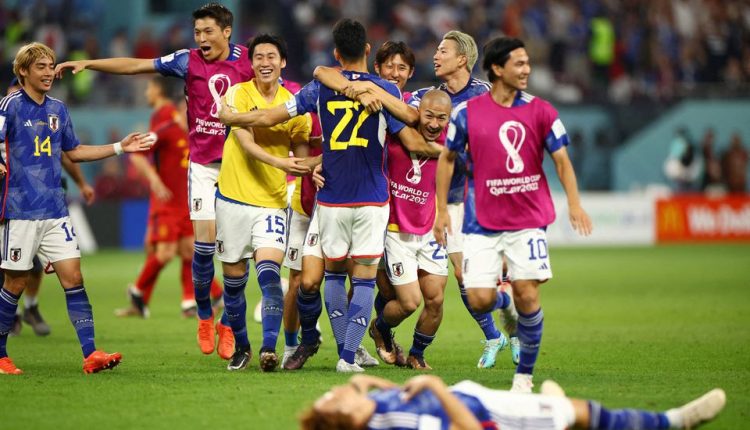 Japan staged their second stunning turnaround of the World Cup to beat 2010 champions Spain 2-1 on Thursday with two quick-fire goals and advance to the last 16 along with their beaten opponents, dumping Germany out in the process.

The prospect of an early World Cup exit for Japan was transformed into one of the greatest nights for the Samurai Blue after coach Hajime Moriyasu revamped his side at halftime.

Ritsu Doan, one of the substitutes, hammered in a shot from the edge of the box in the 48th minute which Spain goalkeeper Unai Simon – whose poor clearance had created the danger – could not keep out.

Three minutes later, Ao Tanaka scored from point-blank range after the other half time sub Kaoru Mitoma cut the ball back from the byline.

The VAR system took several minutes to confirm the ball had not gone out before Mitoma’s touch, sparking wild celebrations by the Japan players and their fans similar to the scenes that followed their 2-1 comeback win over Germany last week.