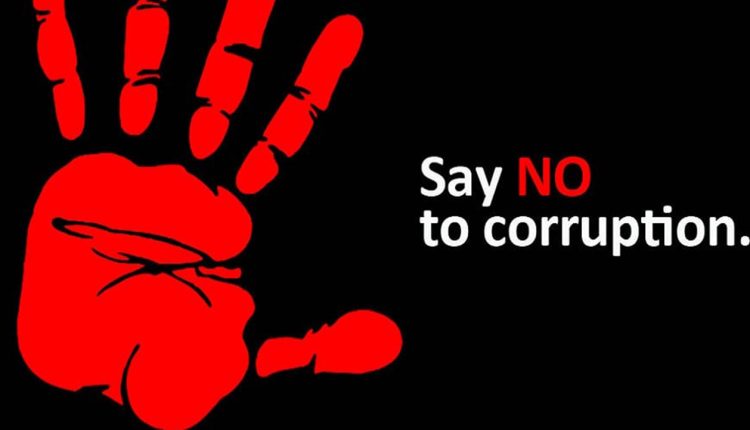 As in many countries around the world, corruption in Nigeria dates back to the pre-independence era. In post-colonial Nigeria, corruption had become prevalent but was practiced covertly. By the beginning of native administration and the discovery of oil and natural gas, corrupt practices were already common place.

Corruption manifests in numerous ways. Actions such as nepotism, greed and megalomania, add up to entrench corrupt practices.

Ironically, throughout Nigeria’s political history, nearly all election campaigns have been hinged on anti-corruption or based on rhetorics that preach ways to discourage corrupt activities and fight corruption in the country.

For a fact, administration after administration have tried to fight this monster, with little or no success. For example, the first, second and third Republics were barraged with military incursions on account of corruption by the civilian government in office, effectively truncating and stifling Nigeria’s democracy.

After independence, many anti-crime and anti-corruption commissions such as the Independent Corrupt Practices Commission (ICPC) and the Economic and Financial Crimes Commission (EFCC), were established to curb the malaise. Several other policies and laws were also promulgated to fight corruption and economic crimes at the Federal, State and Local Government levels. In 2016, the present administration in Nigeria established the ‘Whistle-blower policy’ to encourage people to disclose corrupt practices.

Today, though the war on corruption remains fierce, it is yet to fully successfully take root, in the face of the myriad of external and internal influences that spur and benefit from the trend.

Endemic corruption in any society negatively affects good governance, encourages the misallocation and diversion of resources to private hands, underdevelopment due to lack of execution of projects and poor infrastructure development, among many other ills, as scarcely sufficient resources are diverted through corrupt practices, with dire consequences on the well being of the society at large.

Since his election in 2015, President Muhammadu Buhari who is globally perceived as a paragon of anti-corruption, has made the anti-graft war a major pillar and topmost priority of his administration, in addition to improving security and revamping the economy.

The Buhari administration’s efforts have been extolled by many leaders around the world including former United States Secretary of State, John Kerry, at a World Economic Forum held in Davos, Switzerland.

President Buhari and his administration continue to work closely with the United States, United Kingdom and various Middle Eastern countries, to seize and repatriate assets from public officials suspected to have been purchased with illicit funds.

In this regard, several legislations have also come into effect to curb institutional corrupt practices, protect state assets and infrastructure and holistically entrench preventive measures that minimise corruption.

Some of these policies include the Treasury Single Account (TSA), Integrated Personnel and Payroll Information System (IPPIS), Petroleum Industry Act, Financial Autonomy for State Legislature and the Judiciary (2020), Whistle-Blower Policy, Assets Recovery, as well as Justice and Law reforms.

Undoubtedly, more will necessarily need to be done to sustain the current anti-corruption tempo. In addition to the measures already being implemented, governments at all levels must step up policies to improve the welfare and well-being of citizens

This will mean escalating the anti-graft war with more robust determination and persistence, while also building greater trust in and partnership with the people to shun such practices.

These measures will not only take Nigeria out of the league of countries labelled as corrupt today but will ostensibly situate the country on the path of sustainable development, economic growth and a leading light for the entire black race.

2023: I have not withdrawn from presidential race – Tinubu