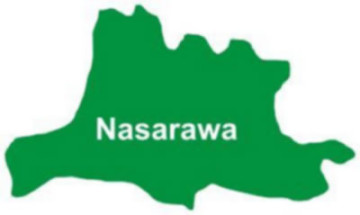 The Nasarawa State Government has signed a Memorandum of Understanding (MoU) with Christoffel Blinden Mission (CBM) International to provide healthcare services to Internally Displaced Persons (IDPs) in the state.

Commissioner for Health, Pharm. Ahmed Yahaya stated this in Lafia, saying the MoU was to provide healthcare interventions for the vulnerable in three Local Government Areas (LGAs) of the state.

The Commissioner listed the benefiting LGAs to include, Awe, Keana, and Obi respectively.

He lauded CBM International for their intervention to cushion the hardship of the IDPs and assured that all equipment donated would be utilized optimally.

The Commissioner also promised to deploy consultants and other senior Doctors to Primary Healthcare Centres (PHC) in the state especially in the benefiting LGAs to attend to cases being handled by the CBM International team.

He added that, “Healthcare services are one of the topmost priorities of the Gov. Abdullahi Sule-led administration, as such the ministry would partner with any organization willing to better the health of the citizenry.”

Similarly, the Director of Public Health at the Ministry of Health, Dr. Ibrahim Alhassan, commended CBM International for its intervention which has positively impacted the lives of the vulnerable IDPs.

The Director of Public Health said that CBM International has deployed equipment and personnel to handle cases of mental health at PHCs in the affected areas.

Meanwhile, the team leader of CBM International, Fwangshak Guar, expressed gratitude to Nasarawa State Government for the partnership and the enabling environment to operate.

He explained that the group is using general hospital Obi, in Obi LGA as a center of their activities to handle referral cases from all communities in the benefiting LGAs.

He explained that the project is to last for three years and is currently being implemented in three states of North-Central.

He added that apart from Nasarawa State, they were also doing the same intervention in Plateau and Benue States of the North-Central.

The CBM International team leader said they have trained 300 medical personnel from the benefiting LGAs and equipped them with the requisite knowledge to sustain the program even after the expiration of the project in the state.

He, therefore, said that all the equipment to be donated would be domicile at General Hospitals Obi, their referral centre, and appealed to the state government to sustain the program after their departure.

The Commissioner for Health signed the MoU on behalf of the state government while Fwangshak Guar, the team leader of the group signed for them.