Second placed Plateau United, who trail Rivers United by ten (10) points in the Nigeria Professional Football League (NPFL), remain hopeful of a miracle in the title race as five more games are to be played in the 2021/2022 season.

The two teams have been slugging it out until Rivers United opened a ten-point gap at the top of the log. Powered by Chijioke Akuneto and Rafiu Ishaq’s goals, Rivers are top of the table with 70 points. With five games left of the season, the Port-Harcourt based side can wrap up the title with just two wins from their remaining games.

Only a monumental disaster from Rivers United will see Plateau sneak in. However, Plateau United will have to win all their remaining games to have any chance. Despite the odds stacked against them and the title looking to head to Port-Harcourt, Plateau United feel the title race isn’t over yet.

Plateau United defender Andrew Ikefe said that they are still hoping for a miracle and have not given up the chase, at least not yet.

“A ten-point gap is massive no matter how you look at it, but we will not give up yet. Football isn’t mathematics, as you know, so we will keep pushing until it is impossible again,” Ikefe enthused.

“We are still fighting, there is still hope, but we will only give up based on the outcome of the next two games, that is when we will feel it is over.”

“For us, if we win our next home game (vs Gombe United) we are very sure of second place then after the next two we will know our fate, but we are not giving up,” Ikefe added.

This weekend, Plateau United will face Gombe United in Jos while their title rivals Rivers United are away to Rangers International in Awka.

Rivers United’s Chijioke Akuneto is NPFL’s current top scorer with 16 goals and 5 assists. His important goals have propelled the Port-Harcourt based side’s title run. And with five games to go, Akuneto would be seeking to add to his tally to emerge the best player in the 2021/2022 NPFL season. 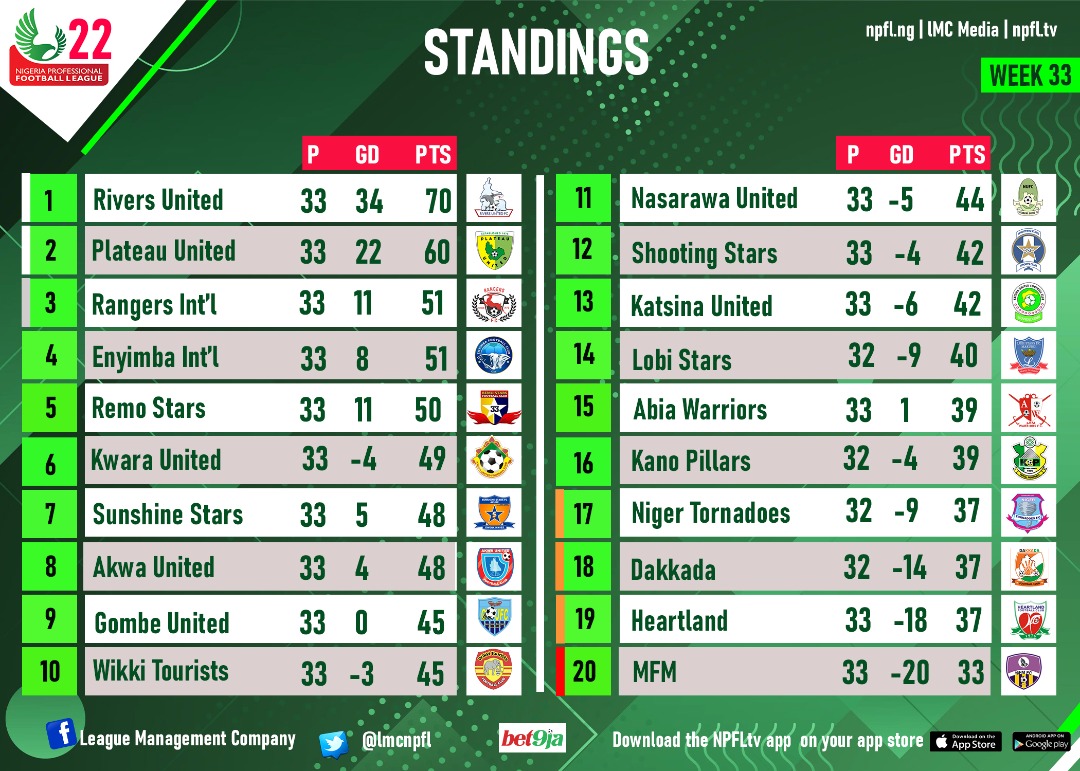