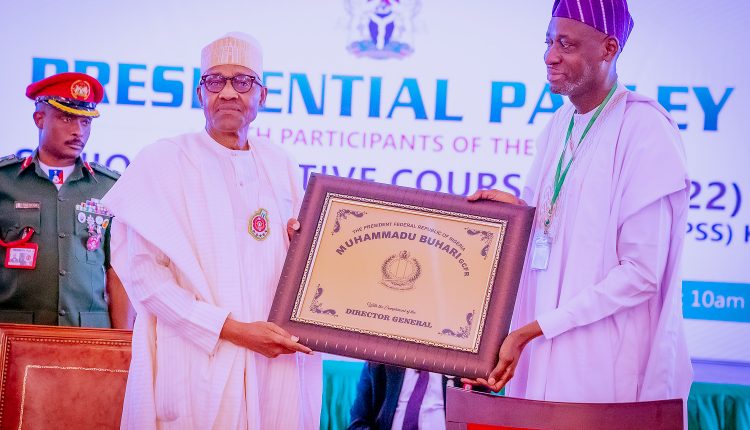 President Muhammadu Buhari has urged public office holders to be guided by their conscience and personal integrity wherever they find themselves.

He has also frowned at the tendency of some chief executives to encourage corruption at the local government system, thereby inhibiting development at the grassroots.

The President gave the indication on Thursday at a parley with members of the Senior Executive Course (SEC) No. 44 (2022) of the National Institute for Policy and Strategic Studies, Kuru, Plateau State.

He narrated his personal experience on stemming the tide of corruption in the local government system after the presentation of the report of NIPSS SEC 44. 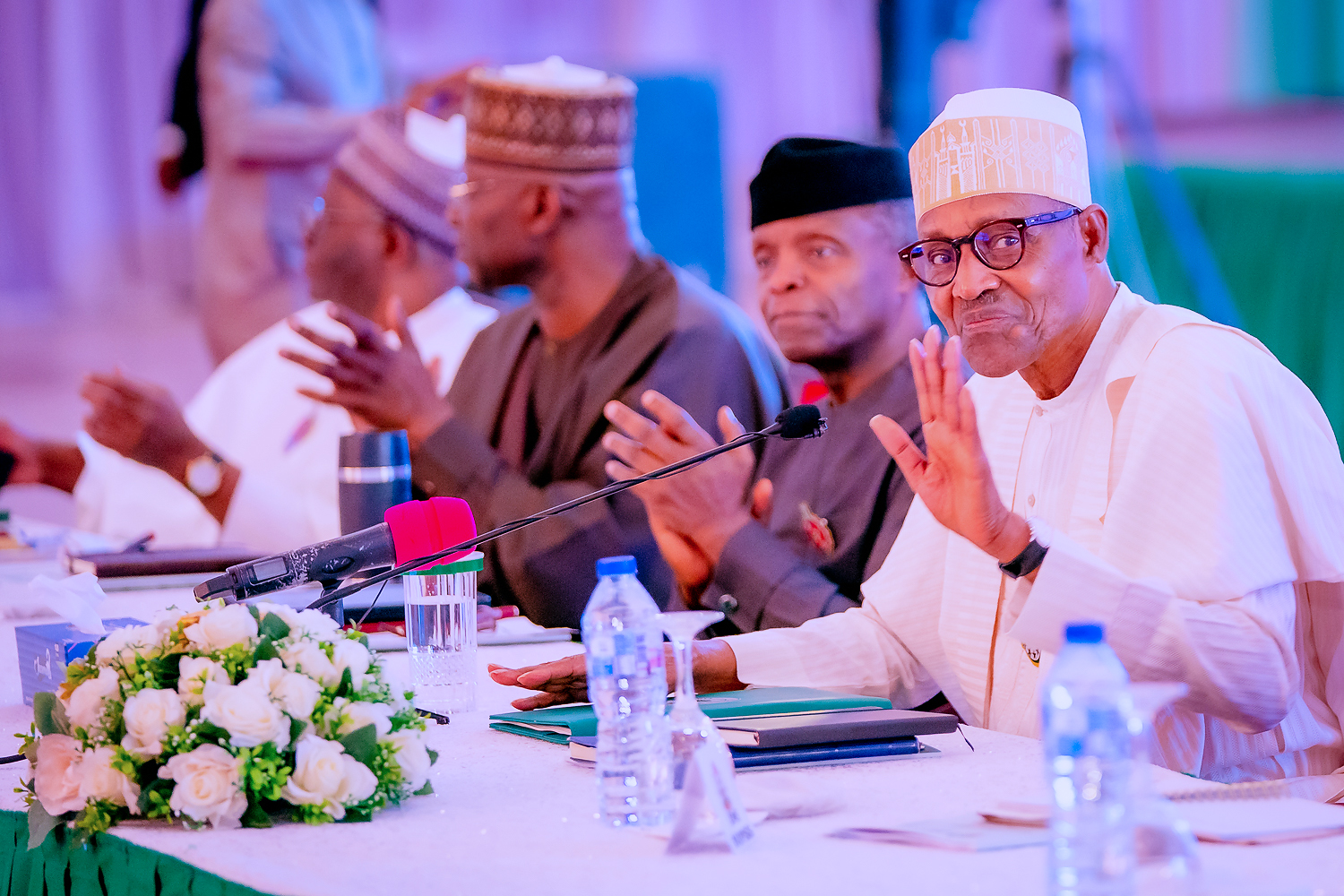 After listening to comments on the Course 44 presentation, themed ‘‘Strengthening Local Governance in Nigeria: Challenges, Options and Opportunities,” by some members of the Federal Executive Council, who aired their personal views on enhancing the autonomy of local governments, the President narrated his own experience on the treatment of local governments by some State governments.

‘‘I found it necessary to digress after reading my speech and this digression is as a result of my personal experience.

‘‘What they did, this is my personal experience, if the money from the Federation Account to the State is about N100 million, N50 million will be sent to the Chairman but he will sign that he received N100 million. The Governor will pocket the balance and share it with whoever he wants to share it with.

‘‘And then the Chairman of the local government must see how much he must pay in salaries and to hell with development. When he pays the salaries of the bigman, the balance he will put in his pocket.

‘‘This is what’s happening. This is Nigeria. It’s a terrible thing; you cannot say the person who was doing this is not educated,’’ the President stated. 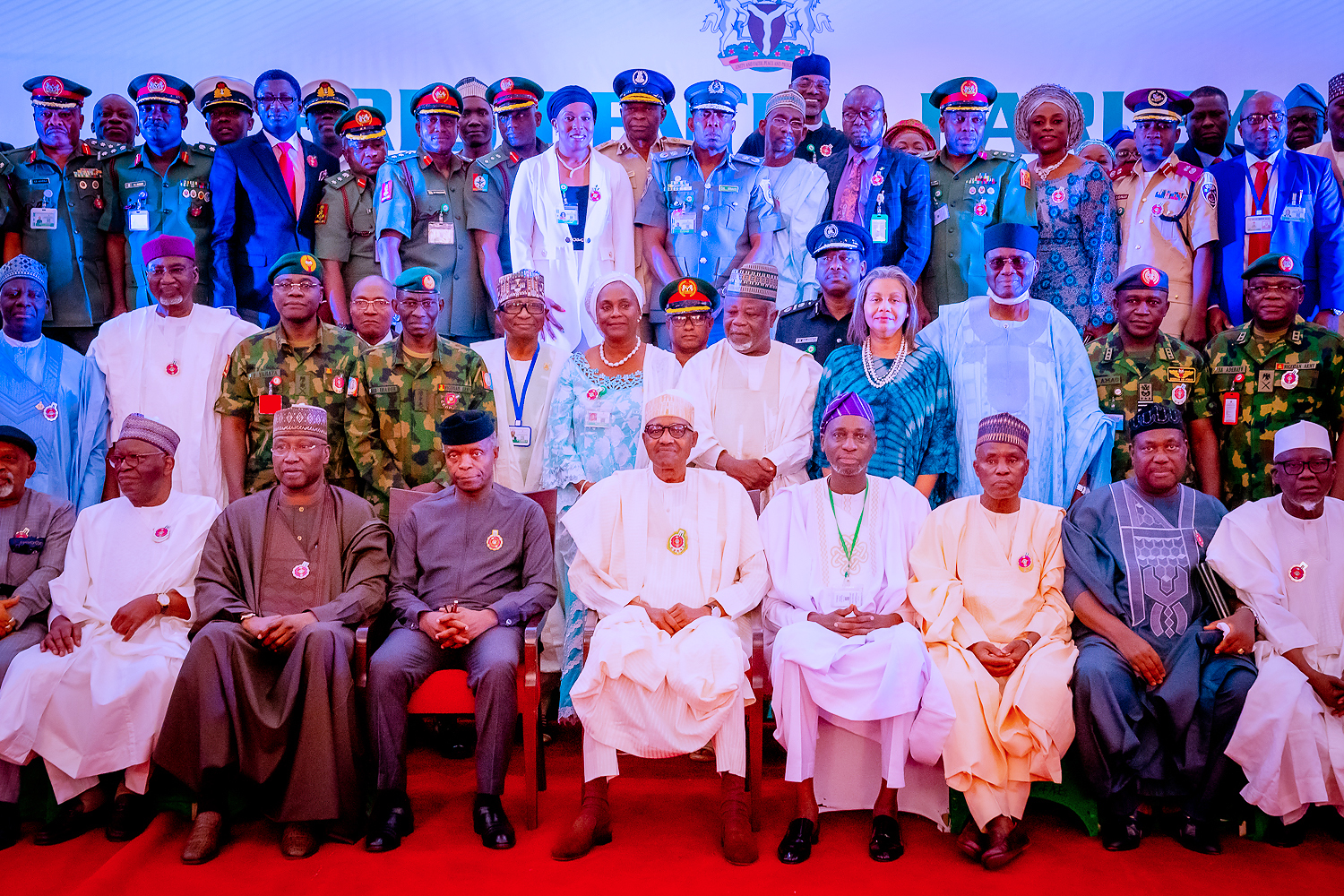 The President pledged that the recommendations contained in the presentation of SEC 44 will be painstakingly studied by the Government with the view to implementing its recommendations.

Declaring that his administration has done so much in building trust between the government and the people, the President noted that the report would largely assist in the provision of good governance to the people at the grassroots levels and by extension win back their trust in government.

‘‘It is obvious that government cannot afford to pay lip-service to the recommendations contained in this report.

‘‘I assure you that the Report will be treated with the seriousness and urgency it deserves. Government will study the report with the view to implementing the carefully detailed recommendations,’’ he said.

Commending the quality of the report, the commitment and dedication that went into it, President Buhari said the National Institute can always be trusted to deliver on very critical and sensitive assignments of national importance.

He expressed delight that the Institute has been exceptional in handling several assignments, and the current submission is a commendable improvement on the existing standards.

‘‘The quality of the presentation, and the confidence with which they were made, strongly attests to the quality of training the participants received during the course. I congratulate you for justifying the confidence and trust reposed in each and every one of you by your respective nominations.

‘‘I am also happy with the level of knowledge and discipline you have all openly demonstrated. I have been briefed of the rigorous training process you all underwent at Kuru. Your graduation therefore is well deserved,’’ the President told the 89 participants of Senior Executive Course 44,” he added.

He further stated that he was convinced that they are all now well equipped for the strategic tasks, increased responsibilities, and positions of authority of trust.

‘‘I challenge you to go back to your various establishments, units, posts, beats, departments, directorates, Ministries, Parastatals, commissions, commands, agencies to revitalize, reinvigorate, reform and rejig your various platforms and spheres of influence, responsibility and leadership,’’ he said.

More Support
After listening to some demands by the leadership of NIPSS, President Buhari promised to look into some of the challenges facing the Institute, adding that no government establishment exists without challenges.

He assured them that his administration is poised to complete the review and passage of the NIPSS establishment act and condition of service before handover in May 2023.

In his remarks, the Director-General of NIPSS, Prof Ayo Omotayo, said the Course participants undertook study tours of 14 States of the Federation, six African countries and six countries outside Africa.

‘‘This enabled them to have both local and international perspectives on local governance, how to overcome challenges in achieving it, identify the available opportunities to strengthen it and develop workable options to be considered by the government in strengthening local governance,’’ he said.