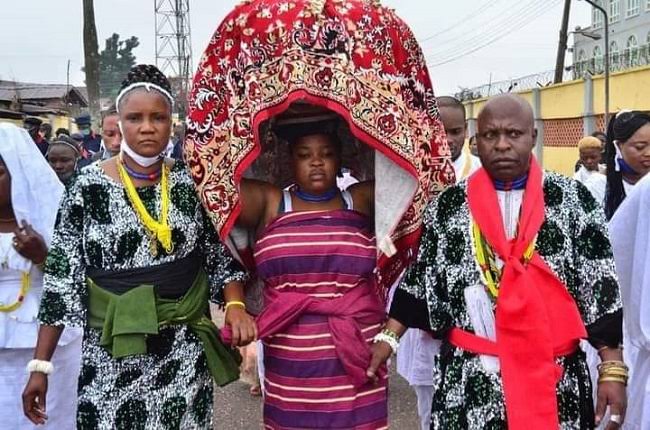 On Aug 13, 2022
0 661
Share
A tumultuous crowd of worshippers, devotees, tourists, traditionalists and culture enthusiasts from across the world on Friday beseiged the Osun Osogbo sacred grove to witness the finale of this year’s Osun Osogbo festival.

The festival which attracts thousands of attendees annually did not disappoint as several groups of people, young and old, made it to the sacred grove in order to be part of the cultural jamboree. 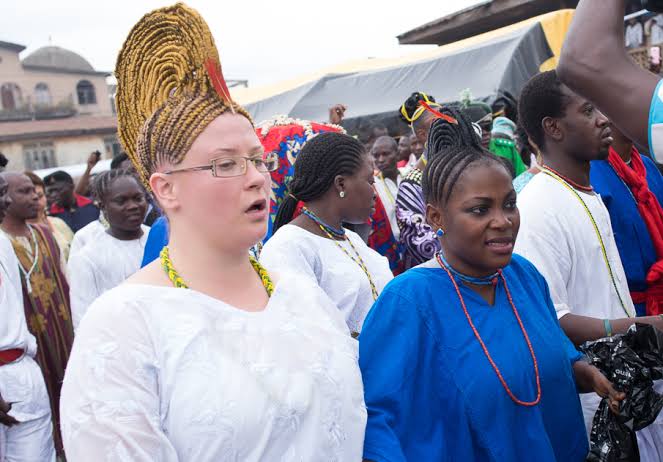 Among the group of attendees were first time visitors, who heard of the fame of Osun Osogbo and decided to visit.
There were also regular visitors, both local and foreign, who came to fulfill their yearly dream of visiting the Osun Osogbo sacred grove.
Casual fun seekers with food and drinks as well as loud music boxes also came to revel in beauty of the sacred forests.
Groups of devotees, donning white attires and bearing various sacrificial items to show appreciation for prayers offered last year and answered, were seen arriving the grove as early as 7:00am. 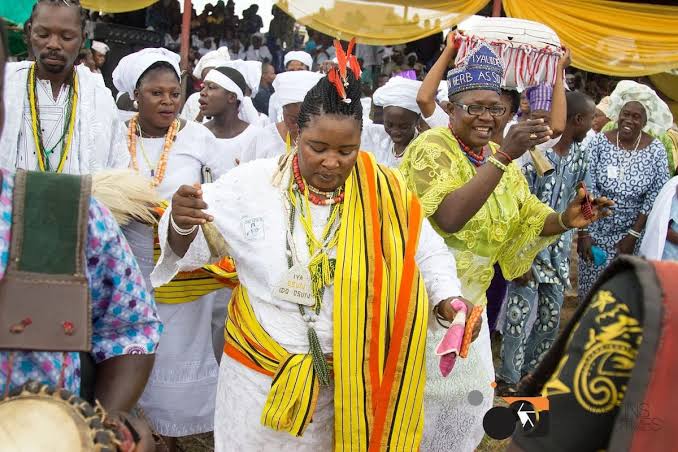 Tourists and casual fun seekers in their numbers were not left out as they took in the natural beauty of the grove as well as artworks that adorn the sacred shrine.
Activities marking this year’s festival began two weeks ago and climaxed with the votive maiden (Arugba), carrying a sacred calabash through the town to designated points and finally to the river where it was offered to the Osun goddess.

Osun Osogbo sacred grove, its surrounding forests as well as the shrines, sanctuaries and deities, was designated a UNESCO World Heritage site in 2005.