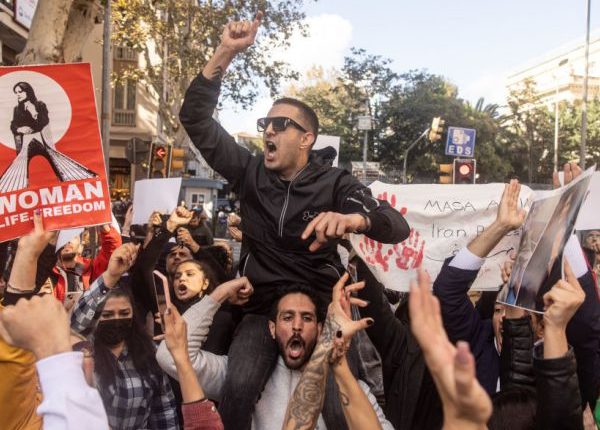 The United Nations’ Human Rights Council has passed a motion to establish a new investigative mission to probe Iran’s suppression of mass protests that have roiled the country since September.

The motion, which was held during a special session called by Germany, passed with 25 in favor, six against and 16 abstentions.

Activists cheered after the result was read out by the council president.

Turk called for “independent, impartial and transparent investigative processes” into violations of human rights in Iran.

The Islamic Republic has been gripped by a wave of anti-government protests sparked by the death of Mahsa Amini, a 22-year-old Kurdish-Iranian woman detained by the morality police in September allegedly for not wearing her hijab properly.

Authorities have since unleashed a deadly crackdown on demonstrators, with reports of forced detentions and physical abuse being used to target the country’s Kurdish minority group.

More than 14,000 people, including children, have been arrested in connection with the protests, according to Turk. He said that at least 21 of them currently face the death penalty and six have already received death sentences.

“I urge those holding power in Iran fully to respect the fundamental freedoms of expression, association and assembly.

“No society can be calcified or fossilized as it may stand at a single point in time. To attempt to do so, against the will of its people, is futile.” Turk said.

Tehran’s representative at the Geneva meeting, Khadijeh Karimi, deputy of the vice president for women and family affairs in Iran, earlier accused Western states of using the rights council to target Iran, a move she called “appalling and disgraceful”.

Karimi condemned the “politically motivated” decision of Germany to call for the session, describing it as “an orchestrated ploy for ulterior motives.”