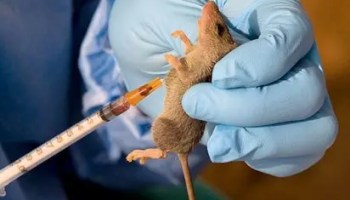 The Nigerian centre for disease control (NCDC), has confirmed that, a total of 171 individuals have so far died from the Lassa fever virus in Nigeria in the year 2022.

The latest Lassa fever situation report for week 36, obtained from the Nigeria Centre for Disease Control, also indicated that there are 917 confirmed cases of the disease in the country.

The confirmed cases were said to be spread across 25 states and 102 Local Government areas in the country.

The situation report noted further that, “No new healthcare workers had been infected with the viral disease in the reporting week.”

The NCDC also stated that a total of 6,660 suspected cases have been confirmed in the year 2022.

Lassa fever is an animal-borne or zoonotic, acute viral illness spread by the common African rat. The disease is linked with high morbidity and mortality as well as both economic and health security implications.

The report read in part, “In week 36, the number of new confirmed cases decreased from 10 in week 35, 2022 to 8 cases. These were reported from Ondo, Edo, Bauchi, and Anambra States.

“In total for 2022, 25 States have recorded at least one confirmed case across 102 Local Government Areas.

“The number of suspected cases has increased compared to that reported for the same period in 2021.

“No new Healthcare worker affected in the reporting week 36.

Healthcare workers are most at risk of person-to-person transmission of Lassa fever.

“Always maintain a high index of suspicion for Lassa fever and practice standard precaution always while attending to patients,” the NCDC advised.