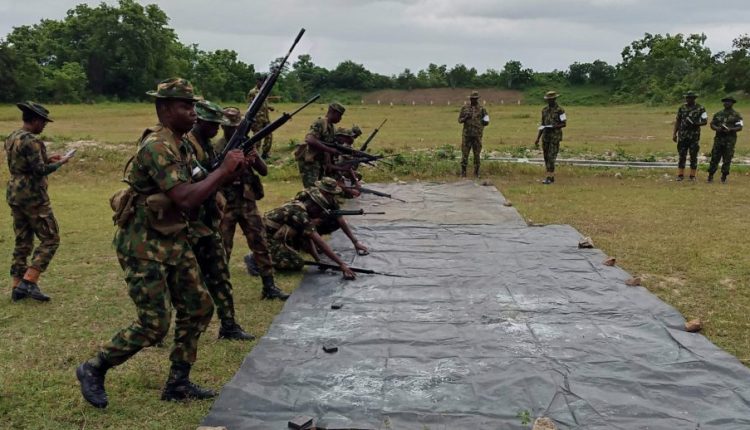 The competition, which is holding at the Godwin Ally Cantonment Ogoja, was flagged off by a representative of Nigeria’s Chief of Army Staff (COAS), Lieutenant General Faruk Yahaya.

In a message, Lieutenant General Yahaya said that the competition, which draws participants from six divisions of the Nigerian Army, was designed to improve the operational efficiency of its personnel and enable junior commanders develop sterling leadership qualities.

Overcoming challenges
According to the COAS, the training of the troops was important to overcome the challenges of terrorism, insurgency and insecurity in Nigeria.

He said, “I urge you all to strive hard to bring out the best during the championship. You can rest assure that your efforts and preparations for this competition would translate to relative ease in conducting operations.”

While commending the 82 Division for the choice of Ogoja for the hosting of this year’s competition, the COAS said, “the terrain provides all the features needed for the training of this nature.”

Earlier, the General Officer Commanding 82 Division, Nigerian Army, Major General Umar Musa noted the emphasis placed on training and retraining by the Chief of Army Staff.
Major General Musa expressed confidence that the competition would be adventurous and entertaining.

The competition, which is expected to be rounded off on Friday, September 2nd, 2022, would cover six communities across Ogoja and Yala local government areas in the northern district of Cross River State.