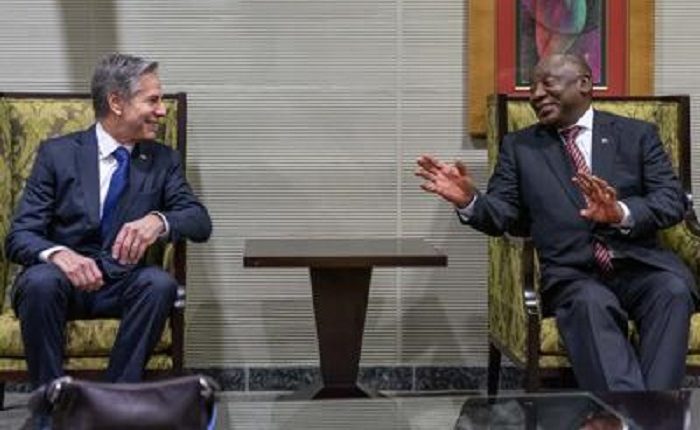 The US Secretary of State Antony Blinken has met with South African President Cyril Ramaphosa.

While in South Africa Blinken launched the United States’ new strategy for engaging with the countries of sub-Saharan Africa.

Outlining the strategy in a speech in Pretoria, he said it was rooted in recognizing sub-Saharan countries as equal partners and emphasized the region’s role as a “major geopolitical force.”

The US diplomat who took off on a flight to Congo is expected to encourage solutions to the violence in eastern Congo where attacks have increased by the M23 rebel group.

His visit to Africa is seen by many as part of the contest between the Western powers and Russia for influence in Africa amid the ongoing war in Ukraine.